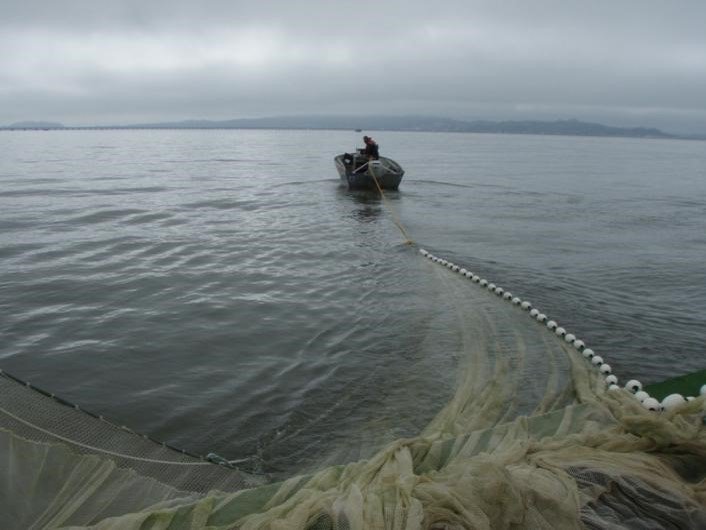 Scientists are slowly unraveling mysteries of the inscrutable ocean, such as how the transition from the fresh water environment of the Columbia River to saltwater affects the growth and eventual success of salmon and steelhead in the environment where they will spend most of their lives.

The venue for their periodic discussions, a place to share the results of research in the North Pacific Ocean and learn from their experiences, is the Ocean and Plume Science Management Forum, chaired by Guy Norman, a Washington member of the Northwest Power and Conservation Council. The forum, which meets twice a year, is a place where ocean researchers and fish managers can discuss critical scientific uncertainties and potential management applications of research results.

At a meeting this month, ocean forum scientists learned that an old stereotype about the estuary appears to be untrue, and that poor feeding conditions in the ocean actually can result in more fish biomass -- bigger fish, a seeming incongruity.

The old estuary stereotype is that the 146 miles of the Columbia River from Bonneville Dam to the ocean acts as is a pipe through which juvenile fish pass quickly on their way to the ocean with very few, if any stops. But research in the river by the Northwest Fisheries Science Center suggests otherwise. In fact, research shows that the journey through the estuary for juvenile fish more than one year old, notably spring Chinook salmon that were thought to sprint to the ocean, is less a sprint than a series of stops and starts to feed and grow. It was already known that fish less than a year old, notably fall Chinook, stop and rest in the shoreline shallows along the way, but the information about older fish is new. It also appears that fish of different species and age classes overlap as they journey toward saltwater, possibly causing competition for food. Thus, the estuary is not a pipe, but in fact fish of multiple age classes feed, grow and perhaps compete with each other all along the way.

Regarding biomass in the ocean – the mass or weight of fish – the amount varies by the type of fish, and researchers have noted that some years when feeding conditions are poor fish tend to grow larger. Why is that? The hypothesis is that poor ocean conditions may affect smaller fish first – they become prey for larger fish -- so the fish that are left are larger and better able to take advantage of available food. If proven true, there are implications for fish managers who might decide to release larger fish from hatcheries in years of poor ocean feeding conditions to increase the chance the fish will survive in the ocean.

“We are on the cutting edge of receiving information that could inform freshwater management decisions,” forum Chair Norman said. “Information about the ocean and estuary, such as that fish feed on their way to the ocean and that zero-age fish are the primary users of estuary tidal areas, will be helpful to managers, and there may be a linkage with habitat restoration in the estuary. The answers to questions like these could help determine what we do in the future.”