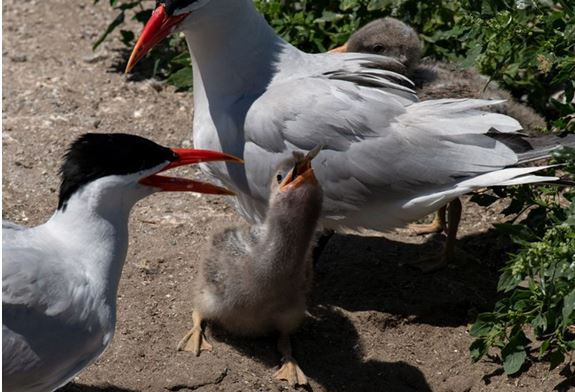 Fisheries scientists at the Columbia River InterTribal Fish Commission are working to improve the estimates of fish lost to predation, and that work could lead to improvements in controlling predation in the future. The goal is not to eliminate predators but to control them through “active management,” which “will keep predators at a level that is more in balance with the environment and reduce losses of Columbia River salmon and other native fish populations,” according to CRITFC’s guiding policy document, Wy-Kan-Ush-Mi Wa-Kish-Wit, or Spirit of the salmon.

“We’re trying to come up with a common metric to measure predation,” Jaime Pinkham, CRITFC executive director, told the Council at its December meeting. Both Wy-Kan-Ush-Mi Wa-Kish-Wit and the Council’s 2014 Columbia River Basin Fish and Wildlife Program call for developing such a metric, which would allow comparisons to the effects of other factors that limit fish survival. This would help fish managers make better-informed decisions about how to manage predators, he said.

Pinkham said “well-intended laws and policies that have piled up over time” sometimes are contradictory regarding protecting and controlling species, and “at times predators have an upper edge.” These conflicts can split public opinion and make management decisions difficult, such as deciding how to manage one protected species that is killing another protected species – for example, protected sea lions killing ESA-listed salmon and steelhead. Recently, the plight of the declining population of southern resident killer whales in Puget Sound has garnered attention, as the whales feed on salmon when they leave the Sound for the ocean. Addressing predation on juvenile salmon in the rivers could mean more adult salmon for orcas in the ocean and help the population to rebound, he said.

Only a small percentage of the juvenile salmon and steelhead that migrate to the ocean each year return several years later as adults to spawn. They are subject to “a gauntlet of mortality events” in the river and the ocean, both on the outbound journey and on the return, said CRITFC fisheries scientist Blaine Parker.

“Mitigating that mortality at different life stages makes it difficult to quantify directly into adult returns; what impacts what and where, and how do you relate that to returning adults?” he asked. “Which is better: saving five returning adults or saving 100 juveniles?” he asked.

Because fish are exposed to more than one kind of predation – juvenile fish can be lost to disease or eaten by pikeminnows, birds, and harbor seals, for example – scientists cannot assume the effects of multiple types of predation are additive during the fish life cycle, CRITFC fisheries scientist Robert Lessard said. In fact, it is difficult to say which predation effects claim the most fish.

“It would be useful to put predation at various life stages into a general context. It is the million-dollar question,” Lessard said. “Where are our efforts paying off?” 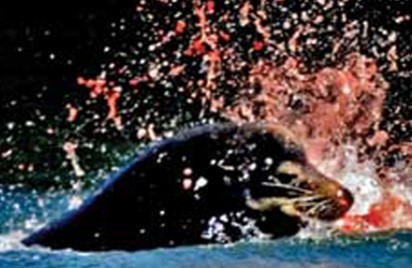 Put another way, how many of the adult salmon and steelhead that return to spawning grounds or hatcheries are alive because along the way their exposure to predation was reduced?

It’s not a simple question to answer. One reason why is that predation mortality can be offset by other types of mortality in the same or a different life stage. This is called compensatory mortality, or compensation. For example, a predator might eat an injured or weak fish that would have died from some other cause anyway. Lessard said the model CRITFC is working on, called an adult equivalent analysis, will allow a comparison of actions to reduce predation at different life stages. The analysis expands life-cycle models that currently are available for single populations to a larger scale, estimates the effects of compensation, and assumes that the number of fish in the mainstem rivers does not affect survival the way density or crowding can affect survival of some species in the spawning and rearing habitat.

The analysis is a work in progress, as more assumptions need to be incorporated to better understand how specific reductions in predation might affect fish survival. For now, Hatch said, the work to reduce predation wherever it occurs continues. He said CRITFC supports legislative changes to the Migratory Bird Treaty Act and Marine Mammal Protection Act to address predation among protected species (protected Caspian terns eating protected salmon and steelhead smolts, for example); reviewing and perhaps rolling back protections for non-native fish, such as Smallmouth Bass and Walleye, in salmon-bearing waters; funding sea lion removal and monitoring the results; and expanding research by NOAA Fisheries on sea lion predation on spring Chinook salmon in the Columbia River estuary to all fish runs impacted by the marine mammals.

Science Board, Citing Uncertainties, Says Salmon Reintroduction Above Grand Coulee 'Could Be Successful'

Chief Joseph and Grand Coulee dams block salmon passage to the upper Columbia River. Reintroduction 'could be successful to some extent,' the Council's Independent Scientific Advisory Board said after reviewing a feasibility report by the Upper Columbia United Tribes. The ISAB found the report scientifically credible and urged an early analysis of potential reintroduction costs.