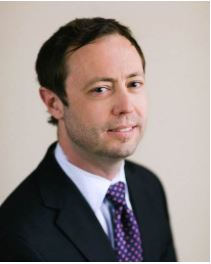 In July, Montana Governor Steve Bullock appointed Bo Downen, director, environmental and regional affairs at the Public Power Council, a regional association of consumer-owned electric utilities, to replace Tim Baker as a Montana member of the Northwest Power and Conservation Council. Baker resigned in June; Downen began work at the Helena office of the Northwest Power and Conservation Council on August 26. He will be serving on the Council's power and public affairs committees.

Downen, who was raised in Montana, joined the Public Power Council as a policy analyst in 2006, focusing on the Northwest Power and Conservation Council’s fish and wildlife program, energy efficiency policy, and regional power planning. Prior to joining the Public Power Council, Downen worked as an attorney for the speaker of the Illinois House of Representatives and was a staff member for the State Government Administration Committee. Downen graduated from Georgetown University and the Loyola University Chicago School of Law.