The Northwest Power Act directs the Council to develop a power plan for the “Pacific Northwest” or the “region,” which the Act defines as the Columbia River basin plus the areas outside the basin where the Bonneville Power Administration is able to sell firm power. More precisely, the entirety of the states of Oregon, Washington, and Idaho; plus the portion of Montana west of the Continental Divide and thus in the Columbia River drainage; plus small portions of California, Nevada, and Wyoming that are in the headwaters of the Snake River; plus 75 miles beyond any of those areas if in the service territory of a rural electric coop that buys power from Bonneville. 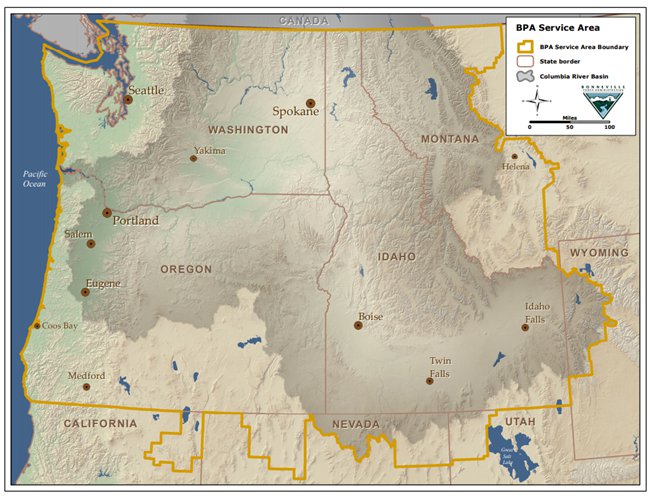