Since the last power plan, utilities in the region and outside the region have announced the retirement of coal-fired power plants at dates that precede the end-of-useful-life dates that have been previously assumed in analyses by the Council and others. The Council understands that there is risk in retiring resources sooner than planned, especially coal-fired generation. This scenario explores this risk using the coal-fired generation fleet in the West. There are likely other types of generation that could have retirement dates accelerated based on economics or regulation. The Council did not analyze the likelihood of early retirement for all types of generation. Thus, this should be considered a directional analysis that was used to help the Council understand this observed risk.

Our analysis shows with this scale of retirement, emissions in the West would decrease just under 40 percent after all the coal plants are fully retired. Emissions in the Northwest would decrease over 80 percent. The emissions reductions are greater in the region because the hydro generation in the region has resulted in a smaller natural-gas-fired generation fleet relative to the rest of the West. 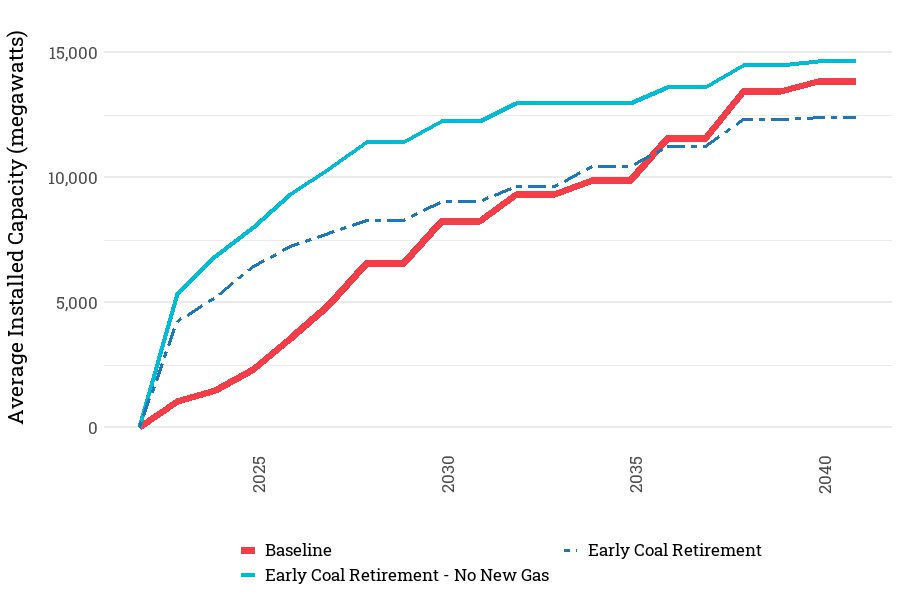 While the Council sees a response in the renewables addition for this scenario, there is relatively little change in the addition of energy efficiency. The Council also sees an expected increase of 7.2 percent in residential electricity bills in this scenario.

[1] These dates are not intended to represent likely dates that the coal-fired power plants would retire, rather they are intended to be a stress test of the power system and be informative on coal-fired generation’s impact on greenhouse gas emissions.

[2] For our baseline assumptions we use either the announced retirement dates or end-of-useful life dates used in utility IRPs.

[3] Idaho Power ended its participation in this unit in 2019.

[4] PacifiCorp and Idaho Power are still working out details of the accelerated retirement of Bridger 2, this date should be considered tentative.

[5] For a potential early retirement date for Colstrip Unit 3 and Unit 4, 2025 was selected based on the Washington state utility requirements in the Clean Energy Transformation Act.