Amongst the addition of new resource technologies, resource unit retirements, and the changing dynamics in the dispatch order of resources, hydropower remains the cornerstone of the Pacific Northwest power system. Hydropower generation dominates the regional energy supply, ranging from about 70% of annual production in the 1990’s, to an average of 60% since 2000. Annual hydropower generation varies significantly from year to year depending on weather conditions and snowpack levels. The dispatch of fossil fuel resources correlates directly with hydropower. An average hydro year, based on historical generation, has been considered around 16,000 aMW. In “good” or “above average” hydro years, fossil fuel resources are relied on and dispatched less; in “poor” or “below average” hydro years, fossil fuel resources are dispatched more to make up for the loss in hydropower. Output from the region’s remaining nuclear power plant is fairly predictable from year to year, taking into account the biennial springtime refueling when the unit is temporarily disconnected from the grid. Generation from new resources like wind and most recently solar, have made increasing contributions over the past decade. 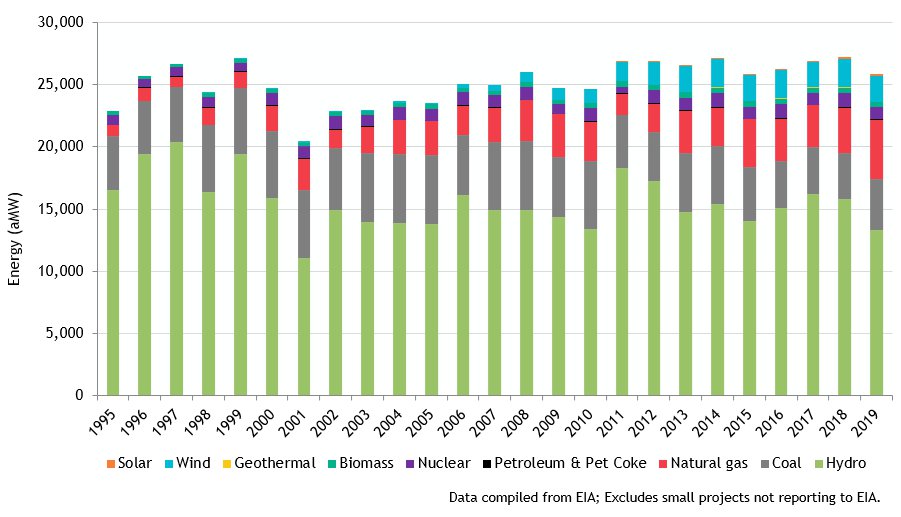