Industrial electricity demand is difficult to confidently forecast. It differs from residential and commercial sector demand where energy is used mostly for buildings and is reasonably uniform and easily related to household growth and employment. By contrast, industrial electricity use is extremely varied, and demand tends to be concentrated in relatively few very large, often specialized, uses instead of spreading among many relatively uniform uses. More detailed information on the industrial sector load forecast is available here. 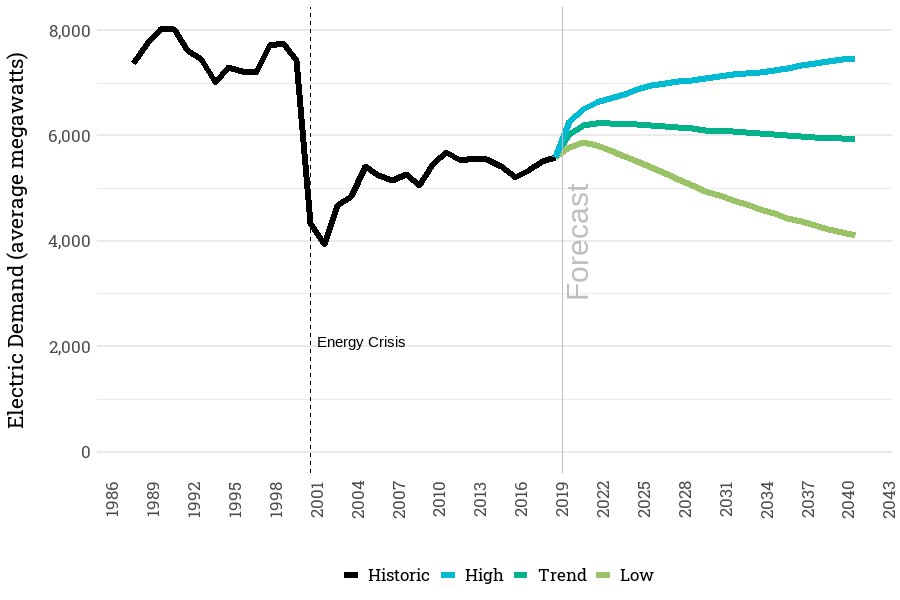 The custom or standalone data centers represent a fast-growing segment of load in the northwest. These centers are also known as server farms that support Internet services like the well-known Amazon.com or Google.com. These businesses do not manufacture a tangible product, but because they are typically on an industrial rate schedule and because of their size, they are categorized as industrial load. Our estimate of load for these centers in 2021, stands at over 529 average megawatts. The demand for services from this sector is forecast to increase by about seven percent per year. However, demand for electricity from the large data centers are not growing at this high rate. Technological improvements show opportunities to keep down the demand from custom data centers. As a result, the demand forecast for these centers is adjusted to an annual growth rate of 1.9-3.7 percent. Historically, direct service industries (DSIs) have been industrial plants that purchased their electricity directly from the Bonneville Power Administration. They have played an integral role in the development of the region’s hydroelectric system because this industrial sector grew as the region’s hydroelectric system grew. Most companies in this category are aluminum smelters. When all the region’s 10 aluminum smelters were operating at capacity, they could consume about 3,150 average megawatts of electricity annually. However, after the power crisis of 2000-2001, many smelters shut down permanently. In the Fifth Power Plan, the Council developed models to forecast electricity consumption by DSI customers. In the Sixth Power Plan, a simplified forecast assumes that DSI consumption will be around 600-700 average megawatts for the forecast period. Although the portion of Alcoa's Wenatchee aluminum smelter that is served from non-BPA sources is not technically a DSI (it is not served by BPA), that load is included in the DSI category for convenience in the Power Plan. We assume about 412 aMW of DSI load for the 2021 Plan. 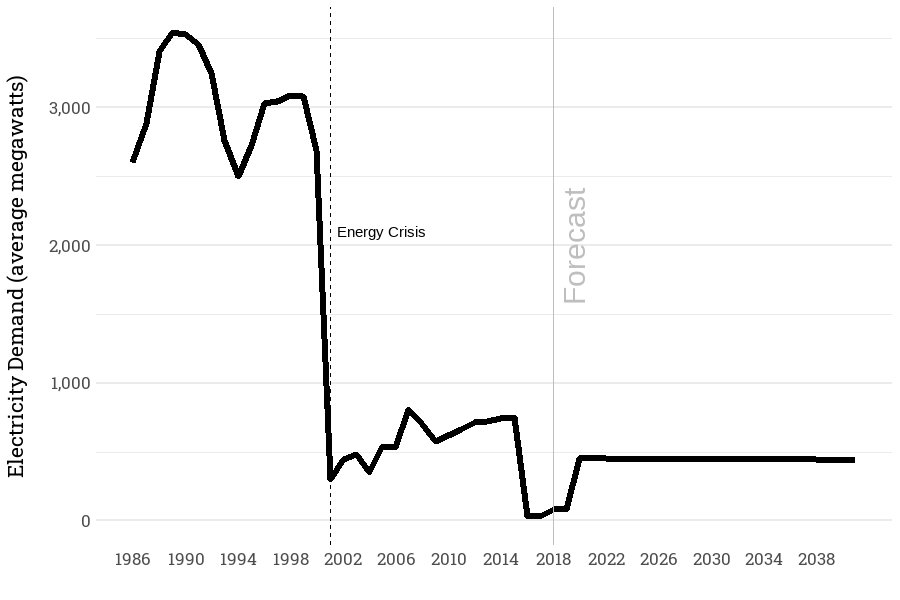