As the increase in demand on the electric system was beyond the beyond the resource expansion that could be supported by the structure of our analysis, the Council conducted a partial decarbonization test. To be able to test the impact of decarbonization on the resource strategy, the Council removed a substantial proportion of the demand associated with the production of hydrogen by electrolysis. While this reduced the likelihood of reaching the Oregon and Washington targets for reducing greenhouse gas emissions, it provided a directional analysis of the possible impacts to resource additions. It also still represents aggressive emissions reductions relative to baseline conditions in the analysis. By 2040, this more moderate - but still aggressive - emission reduction increased the demand for electricity by just over 52 percent.

In response to this increased demand, the analysis showed a substantial increase in the addition of renewable resources relative to other scenarios the Council explored. 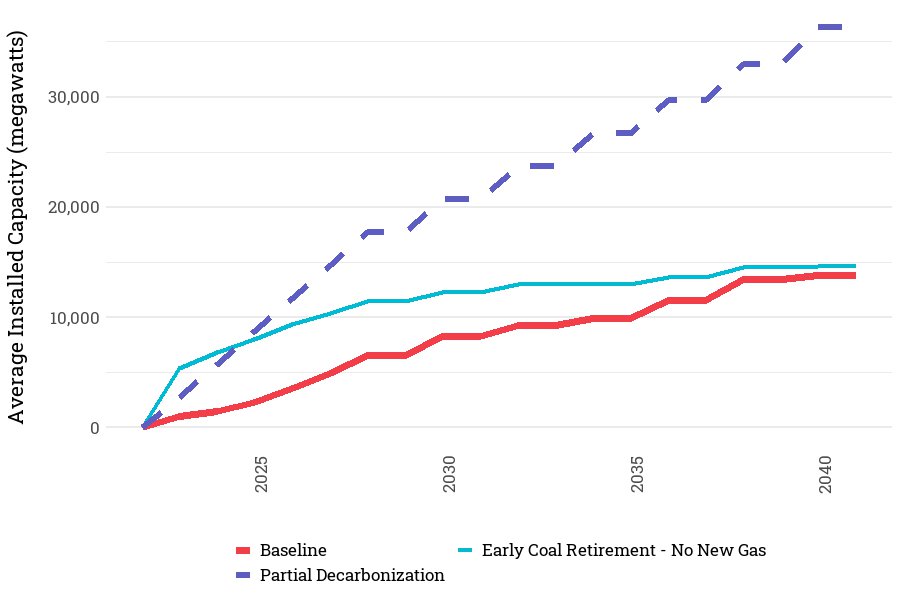 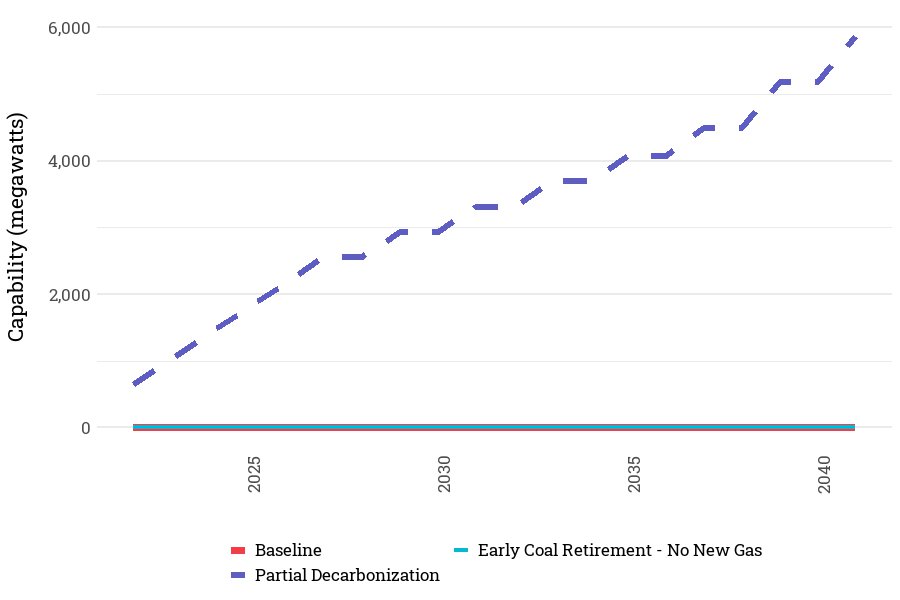