A brief review of the historic growth rate and forecast growth rate for each state is presented in the following table and graphs. Demand has been growing faster in Oregon and Idaho compared to Washington and Montana. The main reason for the difference is the 2000-2001 energy crisis and the closure of DSIs in Washington and Montana causing substantial drop in industrial load. More detailed information on the state-level load forecast is available here. 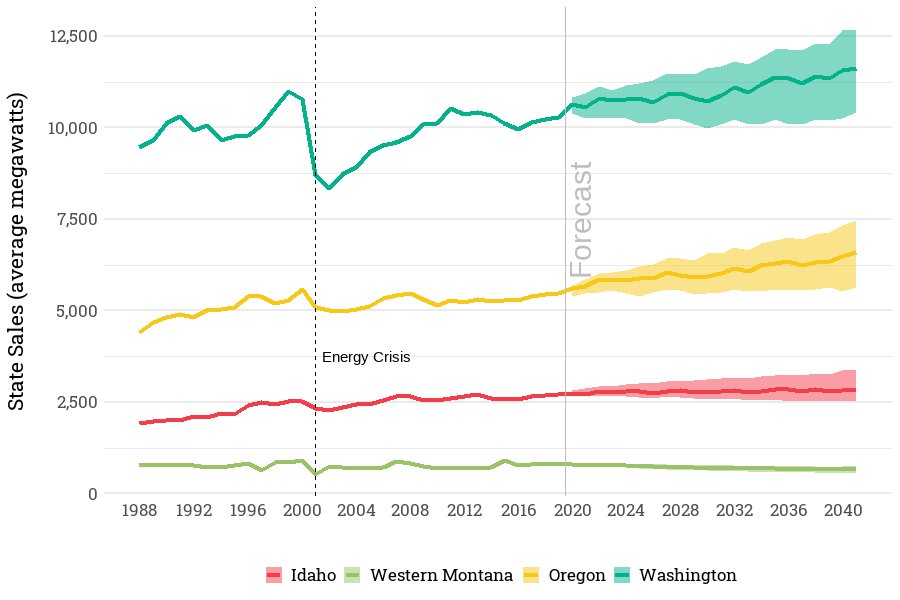 The table below shows actual and forecasted average annual growth rates for three states and western portion of Montana. Total Idaho load which has been growing at an average annual rate of about 0.9 percent since 1990 is forecast to grow at a rate of -0.3% to 0.7%. Western Montana has experience a drop in the growth rate since 1990 is expected to decline over next 20 years. Oregon has been growing at about 0.2 percent per year between 1990 and 2018 is expected to continue growth between 0.2% and 1.2% for the next 20 years. Washington is also expected to exceed its historic growth rate by growing at 0.01% to 0.7% over the next two decades.

Historic and forecasted range of growth in state loads