The program recognizes that improved fish passage at dams is not sufficient by itself to restore fish and wildlife populations. Habitat improvements are needed, too. 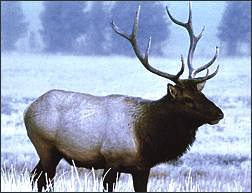 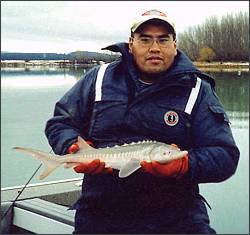 This work includes installing screens at irrigation pumps and water diversions to deflect juvenile fish, revegetating streamsides in areas where fish spawn and rear, and purchasing land or easements as habitat for both fish and wildlife. Since 1982 more than 1,000 water diversions have been screened. Some of these diversions were screened for the first time. At others aging screens were replaced. Hundreds of miles of streamside habitat have been fenced, revegetated and, where appropriate, recontoured and reconstructed to improve conditions for fish — both anadromous and resident.

Wildlife species ranging from birds to mammals to amphibians also were affected by the dams. Through the program, the Council identified wildlife losses due to construction of the dams and then called upon the region's fish and wildlife managers to use the losses as a starting point for wildlife mitigation agreements and measures. The program provides for substitute habitat away from the dams and reservoirs by setting aside and protecting land that is home to ecological communities similar to those that were affected by the dams. Through the program, 371,431 acres have been acquired, either through outright purchase or the purchase of easements, and set aside as wildlife habitat and managed by states and Indian tribes.

Also through the program, in 1989 the Council protected 44,000 miles of stream habitat from future hydropower development. The Federal Energy Regulatory Commission is required by law to account for these protected areas in determining whether to issue licenses for new hydropower dams.

Habitat and watershed expenditures through the program since 1982 total more than $450 million.