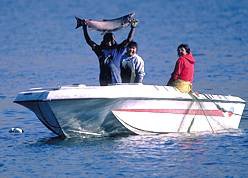 While salmon and steelhead harvests are regulated by state fish and wildlife agencies and the federal court, the Council has addressed the impacts of harvest on weak salmon and steelhead populations. The Council proposed that harvest be reduced in order to protect weak stocks, which mix with more abundant stocks in the Columbia River.

To protect these stocks from overharvest and to provide fisheries at the same time, the program directs funding to an experimental program in the lower Columbia River in which salmon are raised in net pens in bays and sloughs. The fish are released from the pens and return to the bays and sloughs as adults, where they are harvested. This reduces fishing pressure in the main Columbia River, allowing the more depleted stocks to pass by on their way to spawning areas upstream. The program also paid for experiments with innovative gill nets designed to capture salmon and steelhead but not kill them. In this way, fishers can identify and release the protected, naturally spawning stocks and keep the more abundant hatchery fish. 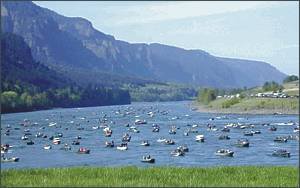 In the future the program will address conflicts between harvest and fish conservation through subbasin plans, which will identify the purposes of artificial production programs and wildlife mitigation efforts and recommend harvest policies consistent with goals and objectives of the fish and wildlife agencies and Indian tribes and also account for the ecological carrying capacity of habitat within the subbasins.

Harvest-related expenditures through the program since 1982 total more than $35 million.