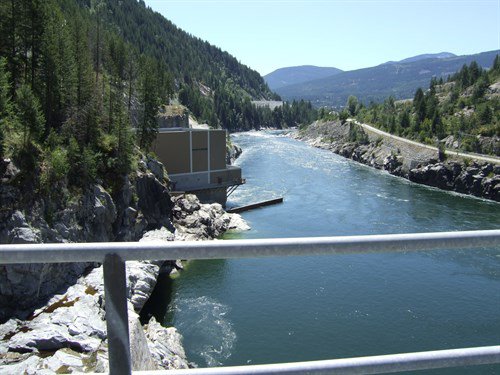 On the Kootenay River, the second powerhouse at Brilliant Dam, left, was built to accommodate a fish ladder. The dam is near the confluence with the Columbia at Castlegar, British Columbia.

The Council solicited recommendations earlier this year for the program revision, which takes place every five years. The current program dates to 2009.

The committee includes one member from each of the four states represented on the Council. With direction from the committee, the staff is beginning to draft a new program. With the approval of the full Council, the draft program will be released for public comment next February.

Here are some of the major issues the committee is addressing; more information is available in the staff summaries prepared by the Council’s staff: