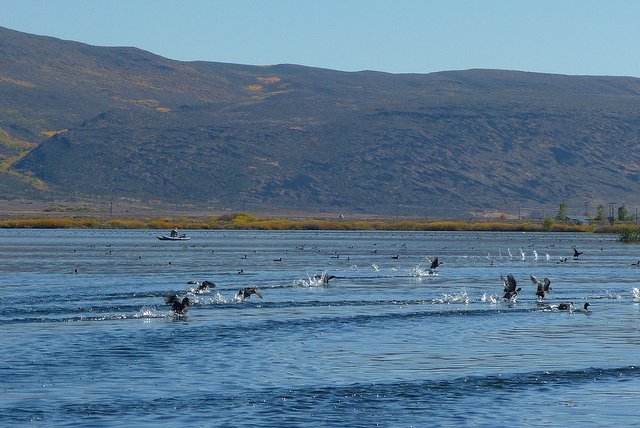 The State of Idaho and the Bonneville Power Administration have agreed on a 10-year mitigation program that would resolve Idaho’s share of the impacts of Federal Columbia River Power System hydropower dams on wildlife in southern Idaho. Officials of Bonneville and the Idaho Department of Fish and Game briefed the Council on the agreement at the Council’s September meeting in Portland.

Lorri Bodi, vice president for environment and fish and wildlife at Bonneville, praised the agreement and said that while the negotiations were difficult at times, Idaho Council Member Bill Booth played a critical role in working with the parties to resolve differences and keep the effort moving along.

“Idaho is pleased to have this resolved,” Booth said. “Our State will take an ecosystem approach in selecting, restoring, and managing the properties that are acquired. By protecting and restoring ecosystem structure and function, we expect to provide significant benefits to fish, wildlife, and other important resources of interest in our state.”

Under terms of the agreement, Bonneville will provide $40 million to mitigate Idaho’s half of the impacts. The remainder of Bonneville’s mitigation responsibilities in Southern Idaho are made up of obligations to the Shoshone-Bannock Tribes of the Fort Hall Reservation and the Shoshone-Paiute Tribes of the Duck Valley Reservation. The tribes’ obligations are not addressed in the Bonneville agreement with Idaho.

The Idaho agreement would mitigate for the loss of at least 8,588 acres due to dam construction and operation, and inundation of habitat.

The agreement covers the period of fiscal years 2015-24 and includes $22 million over the first six years for acquiring new habitat. Stewardship costs for the new acquisitions are included. The agreement also provides another $14 million upfront to be invested for permanent stewardship of past acquisitions. Additionally, Bonneville commits $400,000 per year for 10 years for pre-acquisition costs and administration. The approach is similar to the 2010 Willamette Wildlife Agreement in Oregon and builds on the efficiencies pioneered there.