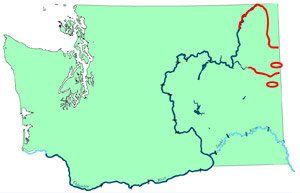 Northern pike, a voracious predator considered an invasive species in two of the four Northwest states, have been found in the Kettle River, a northeastern Washington tributary of the Columbia River, a sign that they are continuing their downstream migration from lakes and rivers in Idaho and Montana. What’s worse, the pike found in and near the Kettle River were several different ages, indicating the species is breeding and proliferating.

That is bad news for the Columbia because if pike keep spreading downriver they could wind up below Grand Coulee and Chief Joseph dams where they could prey on threatened and endangered species of salmon and steelhead.

Council staff reported in July that between June 29 and July 3, 21 adult pike were captured at five locations around the mouth of the Kettle River, near Colville, Washington. Northern pike are classified as game fish in Montana and Idaho, and as prohibited species in Washington and Oregon, where they also are listed as aquatic invasive species. All four states prohibit live transport of northern pike.

There is no limit on the number of pike that can be taken in Washington, Idaho, and Montana. Oregon has no harvest regulation for pike because they have not been found there yet. Fish and wildlife managers reported to the Council in June about the increasing pike population and the dangers posed to other fish species.

Amy Windrope, of the Washington Department of Fish and Wildlife, told the Council at its July meeting that the agency favors eradicating pike in state waters. “It’s a priority for us,” she said.