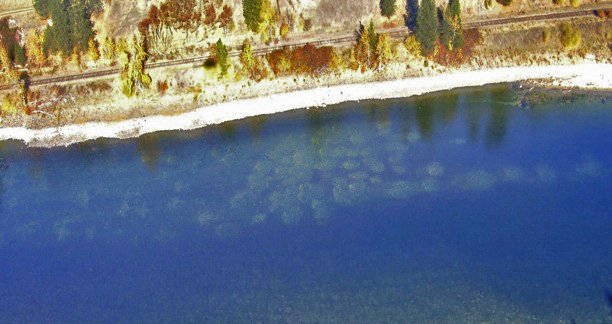 In 2015, for the third year in a row, the number of Snake River fall Chinook salmon redds, or egg nests, set a record, the Columbia River Inter-tribal Fish Commission (CRITFC) reported this month.

The Nez Perce Tribe, a CRITFC member and co-manager of a multi-party effort to restore fall Chinook above Lower Granite Dam, reported 9,345 redds were counted last fall in the Snake River Basin between Lower Granite and Hells Canyon dams. The previous records were 6,714 in 2014 and 6,391 in 2013.

The 2015 redd count coincides with the third-highest Snake River fall Chinook run (59,300 fish) since 1975, when the last of the four federal dams on the Snake River, Lower Granite, was completed.

The Snake River fall Chinook recovery effort involves capturing a portion of the fish that return, spawning them in a hatchery, then releasing the progeny into the wild. According to CRITFC, the Nez Perce Tribe releases 450,000 yearling fall Chinook and 2.8 million sub-yearling fall Chinook annually from tribal facilities into the Snake and Clearwater river basins. These releases are increasing the number of adult fall chinook returning above Lower Granite Dam. Many spawn in the wild and are key to increasing that component of the total run.