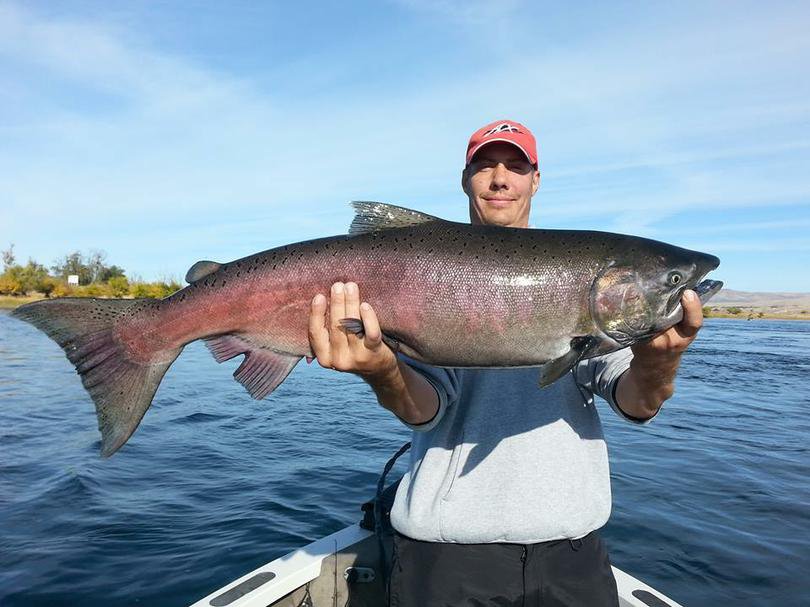 The status of wild salmon and steelhead in the Columbia River is a mixture of frustration and optimism.

Recently, Idaho, Oregon, and Washington fish managers reported to the Council on their forecasts for the 2016 salmon and steelhead returns from the ocean. Boosted by the prediction of another good run of fall Chinook, the managers were mostly optimistic about the year ahead. But their presentations also acknowledged that the wild-fish components are increasing in some runs and decreasing in others with no dramatic changes overall.

“At least in the Snake River, we’re kind of stuck at a plateau," said Pete Hassamer, anadromous fish manager for the Idaho Department of Fish and Game.

The 2015 return of wild and naturally spawning spring/summer Chinook, 21,497 counted at Lower Granite Dam, was better than the 10-year average, but not by much, and the forecast for 2016 is a slight decline to 18,600 – about the recent 10-year average.

“We probably should be at more than 60,000,” Hassamer said, adding, “in perspective, we’re doing better than we were 10-15 years ago, but compared to historical run sizes we’re at around 20 percent of where it could be in terms of basin capacity. We have some ground to make up.” B-run steelhead returning to Idaho are among the species whose numbers have been declining.

Bill Tweit, special assistant to the director of the Washington Department of Fish and Wildlife, agreed, saying: “I would characterize the current status of wild fish as very mixed.”

Some runs are disappointing, such as Upper Columbia spring Chinook, which have not shown much growth over the last 15 years, Tweit said, even though they have improved from critically low levels in the 1990s. “Since then, they have been frustratingly stable at depressed levels,” he said.

On the other hand some runs are real success stories, such as Upper Columbia sockeye -- at least until the warm water calamity of the summer of 2015, when an estimated quarter-million died in the hot (for fish) Columbia River between Bonneville and McNary dams. Until 2015, the sockeye populations – there are three: Okanagan, Wenatchee, and the ESA-Listed Snake river stocks -- were steadily increasing.

Wild Upper Columbia summer Chinook numbers look pretty good, Tweit said, as do the numbers of naturally spawning Hanford Reach upriver bright fall Chinook, and fall Chinook in the Snake River, he said. Coho reintroduction to the mid and upper Columbia “is showing good success at restoring wild production, but the ride the last few years has become rather bumpy, mostly due to the [warm ocean water anomaly known as] 'The Blob,'" he said. Downriver, wild winter steelhead production levels are stable, and chum salmon are showing some positive growth and seem to be occupying most of the good habitat.