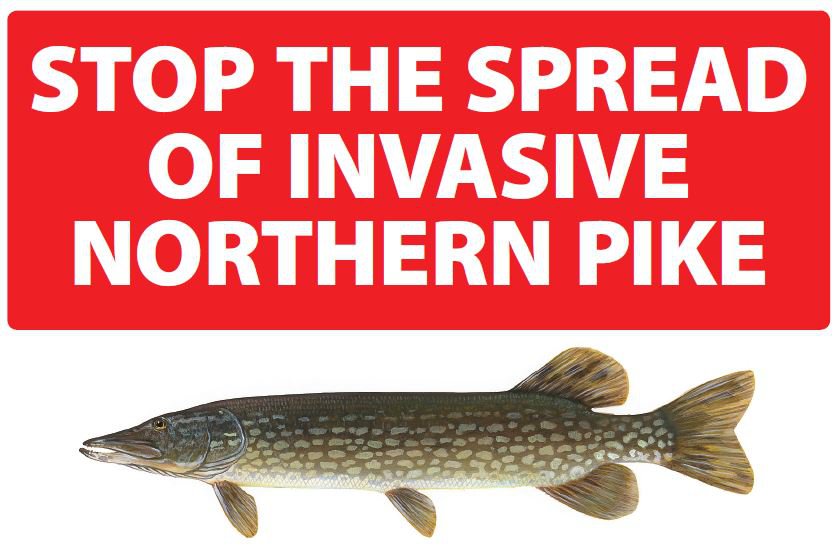 The screamer headline on the red and white “wanted” posters might as well say, “Wanted: Dead or Dead.”

The signs, soon to be popping up around Lake Roosevelt in northeastern Washington, feature a photo of the bad guy, a benign-looking fish of impressive size, but with no indication of its sharp teeth and voracious appetite for smaller fish – of any kind.

The public information campaign is part of an effort to halt the invasive northern pike, which can grow to a meter in length and consume pounds and pounds of game fish desired by anglers like kokanee and westslope cutthroat trout. Last week, the Council approved a request from the Spokane Tribe of Indians for an additional $69,500 to continue the tribe’s pike removal effort through the end of the current fiscal year.

How the fish got into Lake Roosevelt, which is the Columbia River impounded behind Grand Coulee Dam, is something of a mystery. They may have been introduced illegally by anglers who like to catch them, or they could have come from the Columbia in British Columbia or from the Pend Oreille River, a Columbia tributary north of the border. Both areas have known populations of northern pike.

Regardless how they arrived, they need to go before they take over the lake, ruin fisheries established by the tribe and Washington state, and, perhaps pass over Grand Coulee and Chief Joseph dams. If they become established downriver, they could wreak havoc on salmon and steelhead.

The tribe’s approach is to gain a better understanding of where the fish are and how many are present – and whether the Lake Roosevelt population, so far confined to the northern end of the lake, is growing. To assess the population, Lake Roosevelt co-managers,including the Spokane and Colville tribes and the Washington Department of Fish and Wildlife, set gill nets at random locations in the lake near Kettle Falls, where sport anglers have been catching pike, and then fish intensely in areas where the random netting shows pike congregate.

Brent Nichols, fisheries manager for the Spokane Tribe, told the Council that in March 2016 the co-managers set gill nets 64 times for a total of 252 hours and captured 22 northern pike, one fish more than in 2015, the first year of the survey work. Based on the catches in the random fishing, they set nets 33 more times at targeted locations based on where pike were found in the random survey. In the targeted fishery, which totaled 139 hours of effort, 49 pike were captured. The project approved by the Council will allow the tribe to conduct surveys and removal efforts through 2017.

Unlike the old-West wanted posters, the tribe wants pike out of the lake dead – not dead or live.

“What we take out we want to keep out,” Nichols said. He said the co-managers considered tagging captured fish and releasing them to see where they go, but decided that is too risky to other fish in the lake that pike prey upon. “We want to focus our limited funds on targeted removal, and not so such much on tracking where they are.”