A unique, 27-year experiment with releasing hatchery-bred spring Chinook salmon to rebuild runs that spawn in the wild ends this year with promising results.

“When we started this, in 1989, we wanted to learn whether hatcheries are part of the problem for wild fish or are they part of the solution?” said Timothy Copeland, coordinator of the Wild Salmon and Steelhead Monitoring Program for Idaho Fish & Game. Copeland reported to the Council this week at a meeting in Boise. “We wondered whether hatcheries could increase the number of wild fish without reducing their ability to make a living out there in the wild.” 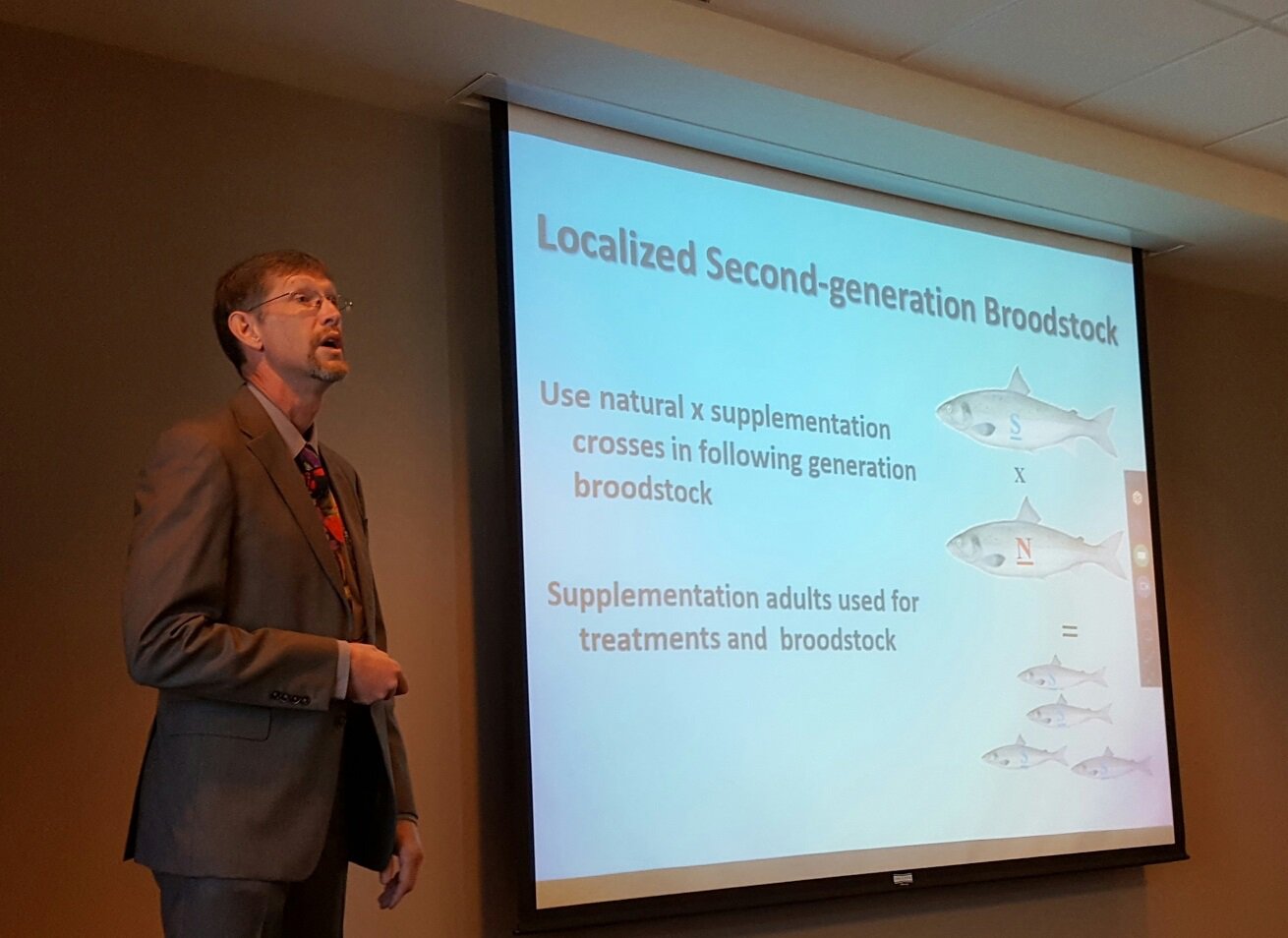 Dr. Copeland explains the results of the Idaho Supplementation Studies to the Council.

The answer, he said, appears to be that supplementation provides short-term benefits at low cost, but as abundance increases just putting more fish over a weir and into a spawning stream is not enough because, he said, “the fish don’t really spread out.” Better, he said, to find good but underused habitat and put fish there when conditions are good.

The Idaho Supplementation Studies project, which ends this year after intensive research on several generations of fish, focused on the Clearwater and Salmon river basins and was carried out by the Idaho Department of Fish and Game, the Nez Perce and Shoshone-Bannock tribes, and the U.S. Fish and Wildlife Service.

Among the other conclusions from the Idaho studies: