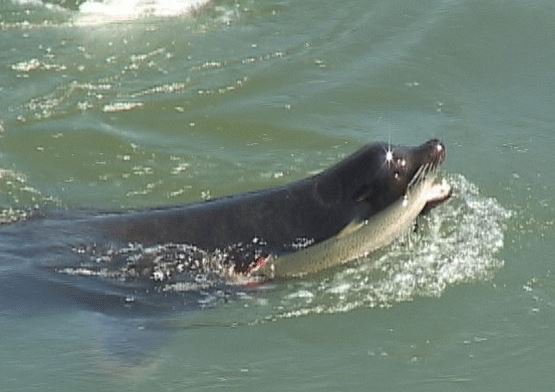 Sea lions feasted on salmon and steelhead at Bonneville Dam during the first week of May, but the feeding frenzy declined the following week, the U.S. Army Corps of Engineers reported.

The daily number of observed catches peaked on May 3 at 329, the highest daily count of the year so far. Of those, 301 were spring Chinook salmon. 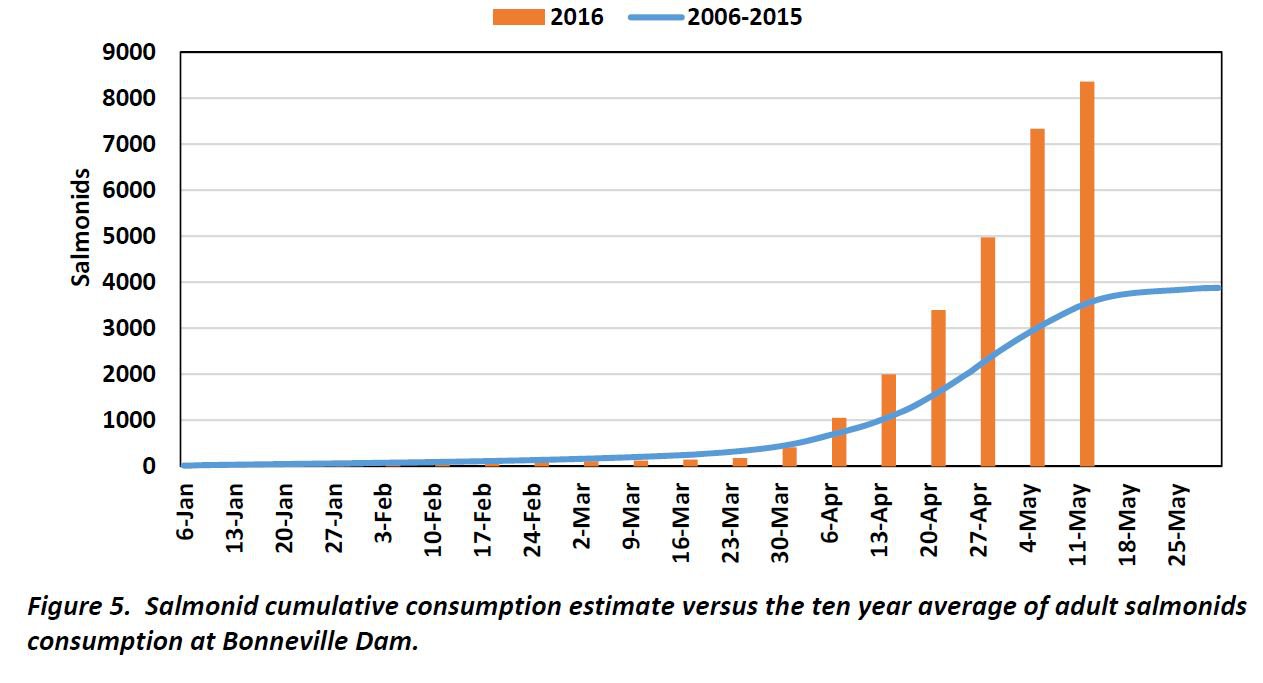 Observers also noted that the two types of sea lions in the river don’t always get along. Stellers have stolen fish out of the mouths of Californias 383 times this year, observers reported.

In the second week of May, the total number of observed catches of Chinook salmon began to decline, but the proportion of lamprey catches increased. So far, observers have seen 128 lamprey catches, 108 of those by California sea lions and 20 by Stellers. Most of the lamprey catches were on the Washington side of the river.

The number of observed white sturgeon catches has remained low this season, compared to past years – 29 so far, and most of them also on the Washington side.

Boat-based hazing of sea lions by the Columbia River Inter-Tribal Fish Commission began in March and takes place on Mondays, Thursdays, and Fridays. Dam-based hazing coordinated by the U.S. Department of Agriculture began on March 8 and takes place seven days a week. Information about hazing is posted on the sea lion management website of the Oregon Department of Fish and Wildlife.

Fish and wildlife agencies in Washington, Oregon, and Idaho have authorization to remove California sea lions that repeatedly have been observed preying on salmon and steelhead below Bonneville Dam. The authorization allows sea lions to be killed, but the first preference is to send them to zoos or aquariums. Since the week of April 4, a total of 54 have been trapped and killed. No sea lions were reported transferred to zoos or aquariums.