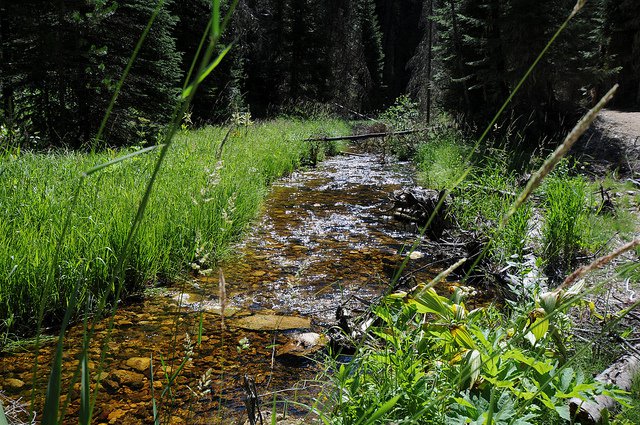 Unprecedented high water temperatures in the Columbia River Basin last summer are spurring unprecedented cooperation this year among the federal and state agencies, and tribes, that manage rivers, dams, and the fish whose survival is affected.

In response to lethally warm water that contributed to the deaths of salmon, sturgeon and probably other fish year last year, an effort is underway this year to improve data-sharing and accelerate decision-making – in essence, create an early-warning system -- if the summer of 2016 is a repeat of conditions in 2015.

Water temperature monitoring shows that the trend this year is similar to the trend last year – above average and rising – and that the ocean environment is increasingly unfavorable for cold-water species like salmon and steelhead. Scientists have documented that the so-called "blob" of warm water in the north Pacific has moved eastward into the near-shore area off the Northwest coast. 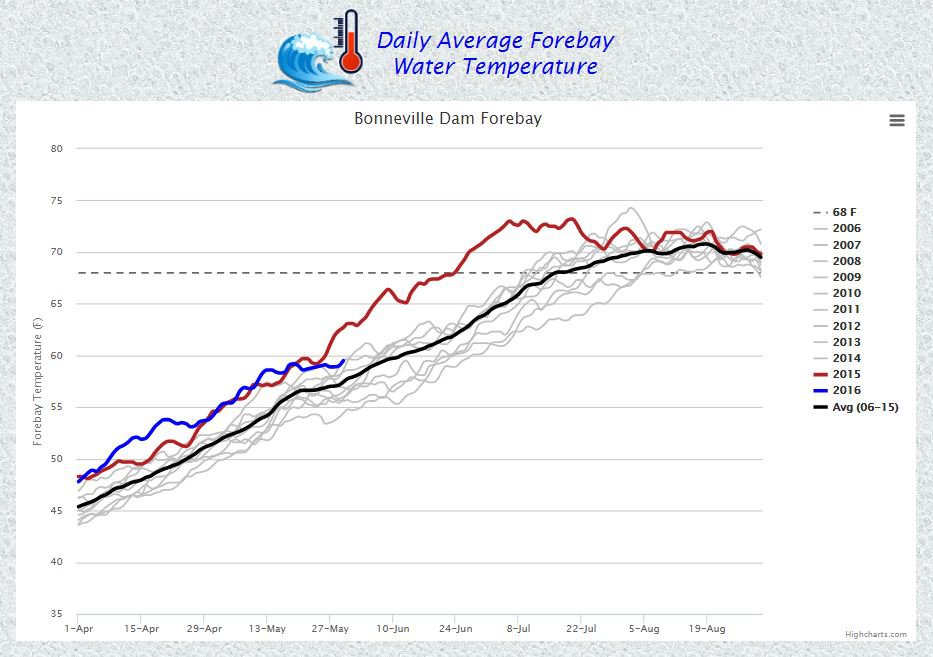 In this figure from the Fish Passage Center (www.fpc.org), the red (2015) and blue (2016) river temperatures are well above the 10-year average through May 30. The dotted line is 68 degrees.

Last week more than 30 representatives of fish and dam management entities met via conference call to talk about how to organize and be ready if there is another temperature emergency. After two hours of discussion these short-term and longer-term topic areas emerged for further discussion:

The group plans to meet again to discuss how to further improve communication and coordination among the many entities and data sources.