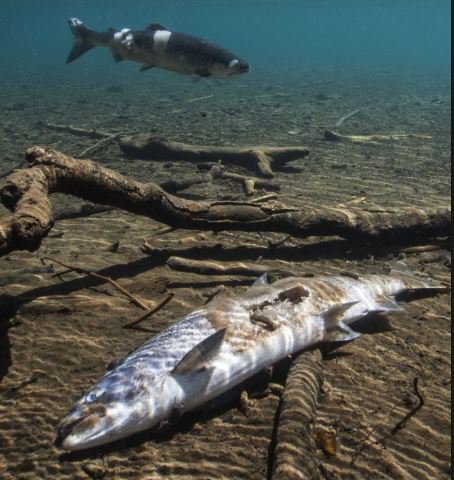 Federal and state fisheries managers are watching the weather carefully, and a bit nervously, this year, hoping the summer of 2016 won’t be a repeat of the disastrous summer of 2015 when hot weather led to extreme water temperatures in the Columbia River and its tributaries and the deaths of more than a quarter million fish, most of them summer-migrating sockeye salmon. Agency representatives discussed their emergency preparations with the Council at a meeting last week.

About a half million sockeye returned from the ocean last June and July, but more than half died as they migrated in the spa-like river, particularly in the 146 miles between Bonneville and McNary dams on the Columbia. The forecast sockeye return this year is much smaller – 101,000 fish -- but it could be higher. The run so far is above the number counted this time last year, and river water so far has been cool – below 68 degrees.

Most fish managers agree that problems begin to occur when water temperatures reach about 65 degrees Fahrenheit. The heat not only stresses fish metabolism but also increases the growth of pathogens that lead to fish diseases. Continued exposure to water temperatures over 68 degrees usually is fatal.

In places, Columbia River water was in the 70s and the Okanagon River, a major sockeye tributary, was close to 80 degrees. Only about 10 percent of the returning Snake River sockeye, an endangered species, lived to spawn, and some of those were trucked from Lower Granite Dam to a hatchery.

If temperatures rise again this summer, more fish will likely die, but fish and dam managers are ready to respond quickly and have a rapid-response plan to coordinate actions. Options include releasing cold water from upriver storage reservoirs like Grand Coulee and Dwoshak dams, temporary suspensions of fishing seasons, and piping cold water from deep below the surface into adult fish ladders to attract fish and help them pass the big dams.