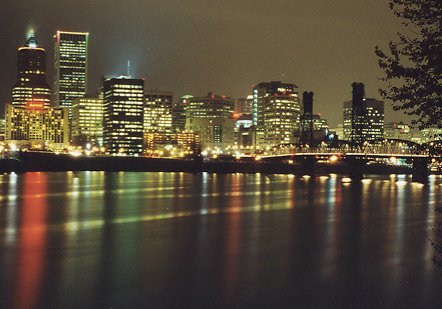 Has it ever occurred to you how amazing it is that when you flip a light switch, the light comes on? We’ve come to rely on our electric utilities to ensure that this happens nearly every time. How do they do this? We know that sometimes generators fail, transmission lines go down or temperatures go to extremes. So, what plans are made to cover all of these situations? Let’s take an extreme example. Suppose we lived in a society in which a shortage of power was never allowed. In this fictitious society, an electric company would take every action it could–cost notwithstanding–to keep power flowing. What might that mean? Probably a backup generator in every house and business, along with enough generating plants and transmission to cover the worst possible contingency. Would society be willing to pay for this? Most likely not.

Let’s take the other extreme case, where customers want to pay as little as possible for their electricity bill. In this case, people would be willing to live with multiple interruptions to service and suffer the consequences, such as being cold in winter, hot in summer, having frozen foods go bad, and reading by candlelight. Would society be willing to accept this alternative? Most likely not.

There is no common standard for providing electricity service in the United States, or in most countries of the world for that matter. The closest the industry has come to setting a standard for its product is to plan for sufficient generation so that, on average, only one major interruption (due to a supply shortage) occurs every 10 years.

In the Northwest, the Council has adopted a higher standard. Because hydroelectric power is still our dominant resource, the region could experience multiple interruptions in extremely dry years. So, rather than using the 1-interruption-in-10 year standard, the Council uses the 1-bad-year-in-20 for its standard. If the likelihood of an interruption is greater than 1 in 20 (5 percent), the Council deems the power supply to be inadequate.

It wasn’t always like this. Prior to 2001, the adequacy of the power supply was measured by simply comparing the amount of generating capability against expected electricity demand. Hydroelectric generation was based on the driest year on record and only regionally owned generators were counted; help from neighboring regions wasn’t considered.

Because this measure was deemed to be fairly conservative, utilities weren’t alarmed if the amount of generating capability was slightly less than the expected demand. Back in the late 1990s, this resource/demand deficit rose to nearly 4,000 average megawatts, or about 20 percent of the annual average regional demand. The Bonneville Power Administration asked the Council if the region should be worried about an inadequate power supply. The Council, with the help of experts in the region, developed a method to calculate what the likelihood of a future shortfall would be, given all of the uncertainties facing the region: water supply, wind generation, equipment failure, and temperature.

Using this new method, the Council assessed that by 2003, the likelihood of a major shortfall would be about 25 percent–much higher than the 5 percent level adopted by the Council. The report went out but nothing much happened to change the situation. Then in 2001, with the collapse of Enron, a dysfunctional California market, and the second driest year on record, a perfect storm of bad circumstances resulted in the West Coast energy crisis. The good news is that no major forced interruptions occurred. The bad news is that the BPA paid Northwest aluminum companies to stop production; some bypass spill for fish survival was curtailed; and bulk electricity prices shot through the roof. Suddenly, people realized that we needed to do a better job of assessing the adequacy of our power supply.

Since about 2005, the Council has annually assessed the adequacy of the power supply five years out as an early warning system. The 5 percent maximum limit for a likely interruption is the current Council standard. But, as the power supply becomes more complicated, with more wind and solar and with greater interconnectedness among regions, the standard will need to be revisited. The goal is to continue to improve these assessments so that when you flip a switch in the future, the lights will still turn on.