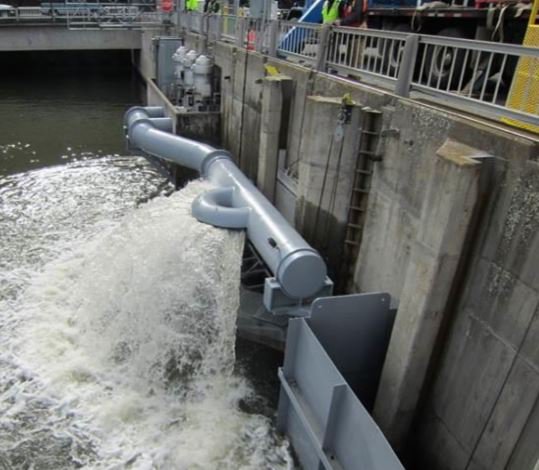 Now that summer is over and, with its passing, also the potential for dangerously warm conditions for salmon and steelhead in the Columbia and Snake rivers, the state and federal agencies responsible for dam operations and fish passage can look back and assess their efforts to protect fish, particularly summer-migrating sockeye salmon. The conclusion: Better coordination of decision-making, less-extreme water and weather conditions, and improved fish-passage conditions at two Snake River dams helped achieve near-normal fish survival levels.

Reporting this week to the Northwest Power and Conservation Council at a meeting in Spokane, state and federal representatives said the total sockeye count at Bonneville Dam, the first place inland from the ocean where fish can be counted, was about 342,000, far more than the pre-season estimate of 110,000. The 2015 run was about 500,000. Most of the Columbia River Basin sockeye run spawns in the Okanagan River of British Columbia, and also in north central Washington’s Wenatchee River. The smallest and most precarious component of the run, Snake River sockeye, an endangered species, totaled 1,032 fish at Bonneville this year, compared to about 4,000 in 2015. Excessive heat decimated the sockeye run last year between Bonneville and McNary dams, but this year about 83 percent survived through the same stretch of river.

Kline and other agency representatives told the Council that improved communication among the agencies this year helped speed and coordinate the response to warming conditions, which appeared to be building to a repeat of 2015 early this spring before dissipating. Kline also noted the Corps of Engineers’ efforts to cool water in the Snake River at Lower Granite and Little Goose dams this year using cold-water releases from Dworshak Dam on the North Fork Clearwater River and a new device at Lower Granite Dam that pumps cool water into the adult fish ladder. The Corps of Engineers also experimented this year with pumping cool water into the ladder at Little Goose Dam, the next dam downriver. While the cooling greatly aided fish passage at the two dams, the effect largely was gone by the third dam, Lower Monumental. As a result, though, it was not necessary this year to declare a fish-passage emergency in the Snake River, as it was last year.

Overall, sockeye survival through the Snake and Columbia rivers this year was good, Trevor Condor of NOAA Fisheries told the Council. Juvenile Snake River sockeye survival between Lower Granite and Bonneville dams was calculated at 79.6 percent for fish that migrated in the rivers, but just 51 percent for those transported in barges, a significant difference that has been noted in recent years, as well. Survival through Bonneville Dam for juvenile sockeye from central Washington and British Columbia was similar, 81 percent, Condor said. Survival of adult fish from Bonneville to Lower Granite Dam was 78 percent for fish that migrated inriver as juveniles, and 43 percent for those that were transported.

“It was a bit warmer this year than last, and so this is a good indication that some of the improvements we made for adult passage did provide a benefit,” he said.