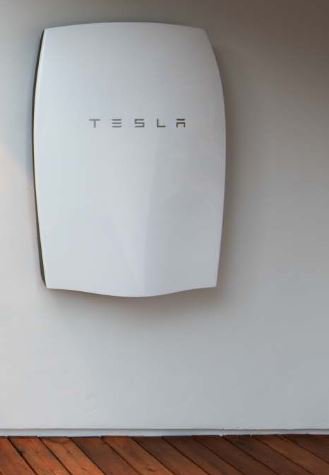 As renewable energy, primarily wind and solar power, proliferates across the Northwest and increases our supply of low-cost, carbon-free energy, there also is a growing need to store energy so it can be released into the regional power grid when renewable generation declines, as when the wind doesn’t blow and the sun doesn’t shine.

Consequently, research and development is focused on promising, utility-scale storage devices and also on identifying and resolving regulatory issues so that storage, like renewable energy, can proliferate. While there is progress, technological and policy hurdles remain, a panel of energy storage experts told the Council at a recent meeting.

The concept is simple: energy storage systems convert electricity into a storable form of energy at one point in time and release the energy back as electricity at a later point in time. This is particularly important during periods of high demand for electricity, such as early morning and early evening. Storage technologies under study include pumped-storage hydropower (See, for example, this Council presentation), compressed air systems that can spin a turbine, and utility-scale batteries.

The Council’s Seventh Power Plan (February 2016) notes that the ability to store and release energy can make renewable generation more valuable by, for example, storing a portion of solar energy generation that peaks during the afternoon and then releasing it to the transmission grid at night. Storage also can be used during emergencies and to defer infrastructure upgrades to the high-voltage transmission system by reducing wear and tear from operating in overloaded conditions.

Large-scale batteries are becoming more efficient and capable of storing large amounts of energy for longer periods of time, panelists told the Council. For example, Sarah Van Cleve, energy policy advisor for electric car maker Tesla, said the company is evolving from just building electric cars to making residential and utility-scale energy-storage products including the Powerwall, which can store and release up to 6.4 kilowatt-hours – enough to meet all the electrical needs of an average Northwest home for about four hours – and the utility-scale Powerpack, which can deliver up to 100 kilowatt-hours for commercial uses. Those modules can be connected to boost the total power output. See presentation.

She and other panelists said improvements such as increased battery cell density, which allows batteries to hold more energy for longer periods of time, are helping to bring down their cost and make them more competitive with energy-generating technologies. Panelists also identified several barriers to continued energy storage development, including grid processes and tariffs that must be updated to accommodate energy storage on the grid; incorporating energy storage into traditional energy planning, and electricity rate designs to accommodate storage.

These and other challenges also were noted by Rebecca O’Neil of the Pacific Northwest National Laboratory (PNNL) in Richland, Washington, which is working with Oregon and Washington utility energy regulatory agencies. She said the Federal Energy Regulatory Commission is interested in energy storage technologies and is researching how to reduce institutional and regulatory hurdles to make storage comparable in cost with other power grid resources.

Meanwhile, electric utilities in Oregon and Washington have been directed by their regulatory agencies to analyze, among other things, how well traditional energy resource planning tools are able to evaluate energy storage opportunities and whether there are alternative methods to demonstrate energy storage system benefits through regulatory processes. O’Neil said PNNL is developing a report that will assess these planning questions. The report is planned for release next year.