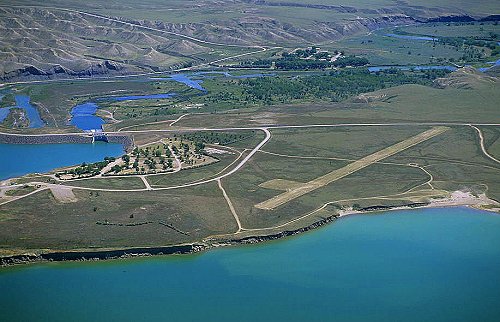 Governor Steve Bullock issued an executive order on November 30 declaring a statewide natural resource emergency for Montana water bodies due to the detection of the larvae of invasive aquatic mussels at Tiber Reservoir and suspected detections at Canyon Ferry Reservoir and the Milk and Missouri rivers.

The signing of the Executive Order triggers an interagency rapid response team to address the emerging situation.

“Aquatic invasive species are a serious threat to Montana’s critical infrastructure and economy. The deployment of the multi-agency rapid response team will work quickly to identify and contain existing mussel populations, and prevent future introduction to other water ways,” Bullock said.

Bullock has directed the Montana Invasive Species Advisory Council, Department of Natural Resources and Conservation, and Montana Department of Fish, Wildlife & Parks, to form a coordinated and immediate response to the situation.

“We’ve been working statewide and regionally for decades to prevent the introduction of aquatic invasive mussels into Montana,” said incident commander Matthew Wolcott, who is leading the rapid response team. “With these detections we’re quickly transitioning from prevention efforts to a control and containment strategy to protect Montana water bodies and others within region.”

Last month, aquatic invasive mussel larvae were discovered in samples at Tiber Reservoir. Further testing at Tiber confirmed the presence of mussel larvae. Ongoing sampling and testing efforts turned up water samples from Canyon Ferry Reservoir, the Milk River downstream of Nelson Reservoir, and the Missouri River upstream of Townsend suspected of containing mussel larvae. Additional samples from suspect water bodies are still being analyzed to provide further confirmation. Those test results are expected within the next two weeks.

Montana is a headwater state for three regionally significant river systems and the economic, environmental, and recreational impact of an invasive aquatic mussel infestation has national implications. While all these water bodies are in the Missouri River Basin, not the Columbia, their close proximity to the Columbia is extremely worrisome.

The location of the mussel detections near critical state infrastructure such as hydroelectric dams, municipal water supplies, and irrigation structures require an effective and coordinated response.

On December 1, the response team announced immediate temporary emergency restrictions on the launch or removal of all boats, docks, and other structures for Tiber and Canyon Ferry reservoirs.

"The closure will remain in effect until ice-up on the reservoirs," said Wolcott. The response team will reassess whether to extend the closure following ice breakup in spring.

The Mussel Incident Response Team is giving weekly briefings on Thursdays at 1pm Mountain Time to update interested stakeholders on the status of their rapid response to invasive mussels. If you're interested in receiving daily updates, please email MusselResponse@mt.gov.