Research and restoration efforts in the Columbia River Basin are increasingly focusing on Pacific lamprey, a native – and declining -- species  sometimes called eels, but they are really a different species.

Culturally important to Indian tribes, lamprey not only are rich with oil, and therefore nutritious, their health is an indicator of the health of ecosystems, as is the health of other native fish species. Lamprey spawn in tributaries, where they spend three to seven years buried along areas of sediment filter feeding and, as a result, cleaning water – an important ecosystem function. Lamprey are an ancient fish – fossil records date back 400 million years -- with no boney spine and an unusual nervous system, attributes that have made them important in pharmacological and medical research. Over time in the Columbia River Basin, lamprey distribution declined and populations went extinct above many dams and in many streams.

Lamprey are anadromous fish – they spend part of their life cycle in the ocean, and passage at dams has been particularly challenging for adult fish returning from the ocean. Dam passage also is perilous for juvenile lamprey moving downstream because existing bypass systems were designed primarily for salmon and steelhead.

Adult lamprey are able to cross dams using the fish ladders for salmon and steelhead, but these have areas of high water velocity and sharp, 90-degree angles. Primarily for lamprey, though, the problem is that they are not as strong as larger fish, and because they ascend ladders by grasping a wall with their mouths, releasing, swimming upstream in a burst and then latching on again, they sometimes can’t make a new connection and get swept down the ladder. In an effort to assist adult lamprey, specially designed, smooth-surface aluminum ladders with low flows have been tested, at Bonneville Dam for example, and have proven effective. That technology likely will be installed at other dams. 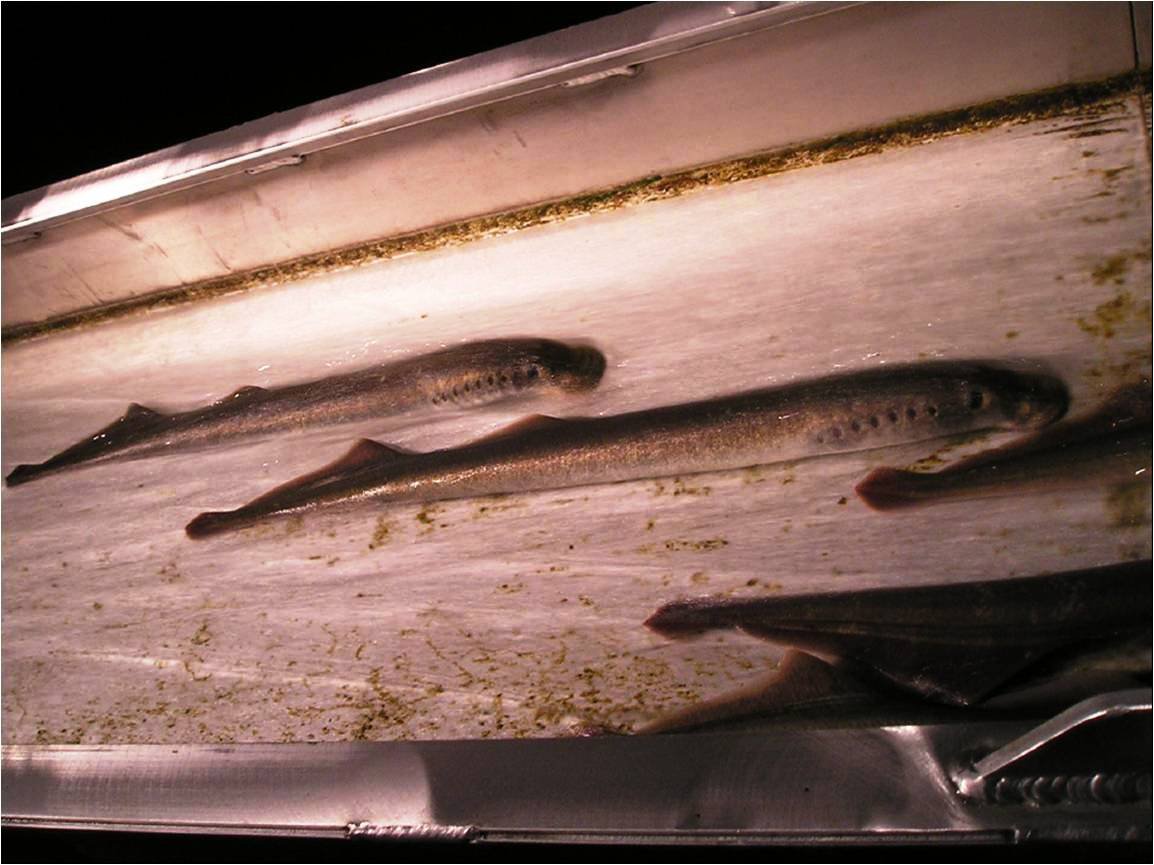 In a report to the Council this month, representatives of the numerous agencies collaborating on Columbia River lamprey research said one problem is that the lamprey database is sparse.

“There aren’t really robust lamprey counts at dams,” Christina Wang of the U.S. Fish and Wildlife Service told the Council. “They can pass through a dam then go back and pass again. Getting an accurate account is difficult.”

The current Pacific Lamprey Conservation Initiative began several years ago, responding to concerns particularly from tribes. A status assessment showed coastal-area populations are secure, but populations in the interior Columbia River Basin are at higher risk.

The initiative is a compilation of 17 lamprey management plans developed by tribes, the U.S. Army Corps of Engineers, Bonneville Power Administration, Bureau of Reclamation, and state fish and wildlife agencies along the Pacific Coast from California to Alaska, including anadromous fish rivers of the Columbia River Basin. Collaborative restoration efforts include working to improve tributary and mainstem dam passage; monitoring and evaluating the success of relocating lamprey from stable downriver populations to areas above dams where populations have declined or become extinct, such as into Satus Creek, a Yakima River tributary; and continuing research and development of artificial propagation. Artificial propagation has successfully produced lamprey larvae at two hatcheries operated by the Yakama Nation in the Yakima River drainage.