A former wheat field in the central Willamette Valley of Oregon teams with wildlife as it transitions from commercial agriculture to what it may have looked like historically: riparian floodplain forest, oak savanna, and prairie. Known as the Little Willamette Conservation Area, the 199-acre property is partial mitigation for the fish and wildlife impacts of federal hydropower dams on tributaries of the Willamette River. 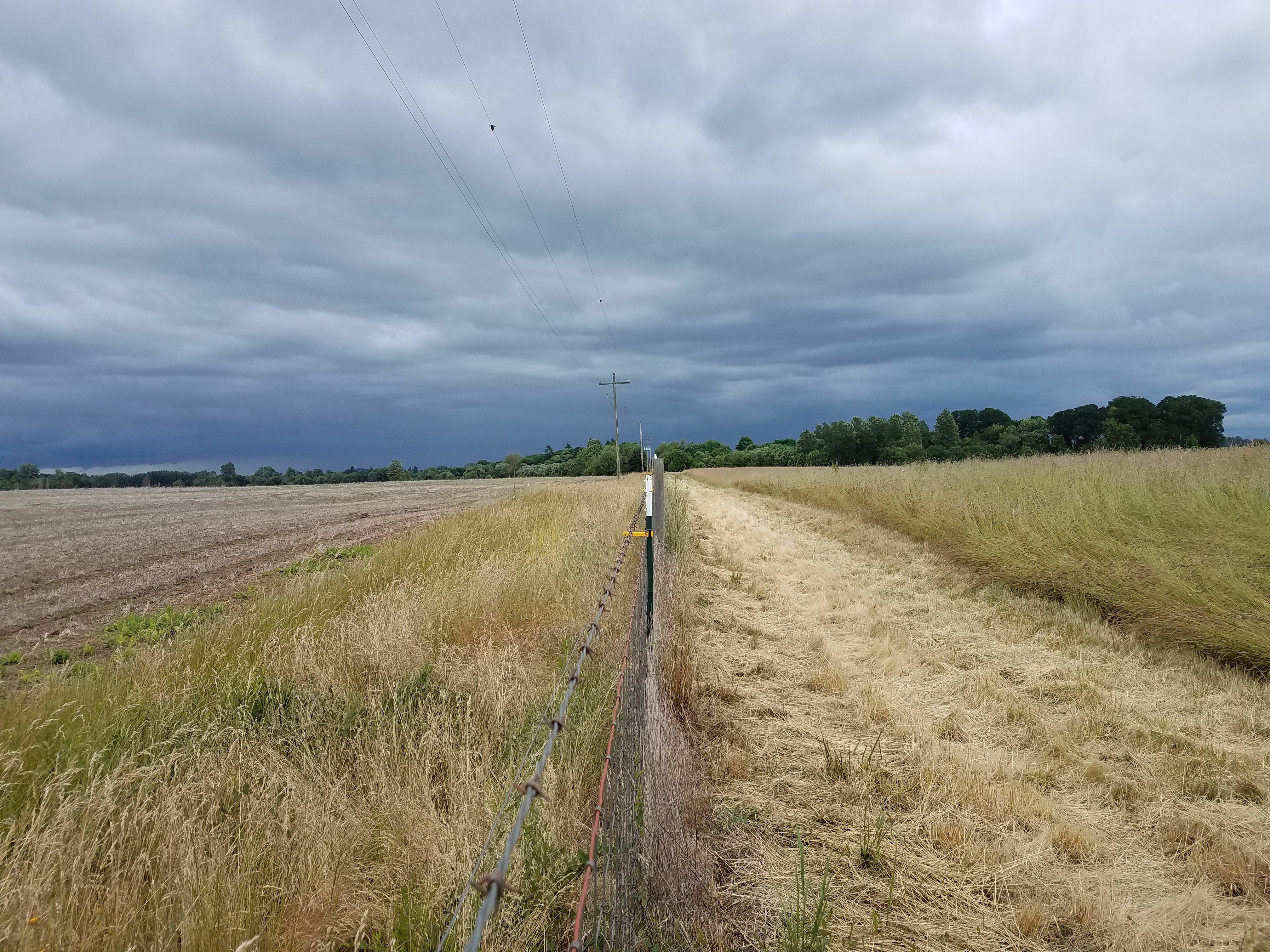 To the left, a farmed field shows what the conservation easement area, to the right, once looked like.

The property owners, who have farmed the land since the 1930s, sold a conservation easement to the Bonneville Power Administration for $586,000 in 2009, reserving 6.5 acres for personal use and agreeing to phase out farming over 10 years. Bonneville purchased the easement as partial mitigation for the impacts of hydropower dams on Willamette tributaries on fish and wildlife, notably spring Chinook salmon. Other partners including the Oregon Watershed Enhancement Board, a primary sponsor, and the Meyer Memorial Trust contributed funding to the ongoing conservation effort.

Bonneville turned over the property to the Greenbelt Land Trust of Corvallis to manage. In turn, Greenbelt, working with partners that include the property owner, state and federal agencies, and local authorities, planted native species, controlled invasive plant species, and worked to reconnect side channels to the mainstem Willamette River. Side channels provide important, short-term rearing habitat for juvenile Chinook salmon and steelhead migrating downriver to the ocean. Restoring terrestrial and side channel habitats supports native species including western pond turtles, a species of concern in Oregon, red-legged frogs, western gray squirrels, western bluebirds, bald eagles, and western meadowlarks.

Thanks to the area’s rich, alluvial soil and mild climate, plantings of native species of trees, grasses, and flowers have been remarkably successful, achieving about 10 years of growth in half the time.

The restored ecosystem will benefit fish and wildlife far into the future, and while getting to this point can be considered a success it was not always easy, said Matt Blakeley-Smith, Greenbelt restoration manager. He said the multiple partners involved in the project worked steadily through a number of issues, building trust over time. And the project is not done. In the future, there is the potential to connect adjacent properties into a conservation zone that would include 4-5 miles of the mainstem Willamette River, he said. Meanwhile, the property is closed to the public, but Greenbelt offers tours with the landowner’s permission.

Related:  Article in the Corvallis Gazette-Times Native grass and wildflowers grow in the former wheat field.