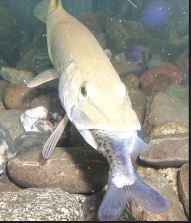 The effort to capture and kill invasive Northern Pike in Lake Roosevelt, the reservoir behind Grand Coulee Dam, is accelerating, and state and tribal fishery managers hope it’s not too late to stop the spread of the voracious predators.

Pike have elongated bodies and flattened, duckbill-shaped mouths filled with sharp teeth. They can consume prey up to 75 percent of their body weight, meaning they can consume just about any fish they want in Lake Roosevelt.

So far, the largest populations of the predators have been found near the mouths of the Colville and Kettle rivers, Holly McLellan, principal fish biologist for the Colville Confederated Tribes, told the Council at its July meeting in Vancouver. Using nets, tribal and state fish biologists have been capturing adult and juvenile Pike. So far this year they have set nets 525 times and caught – and killed -- 1,083 pike of various ages from one to four years. The biggest weighed 22 pounds.

The Colville Tribes offer a reward of $10 per fish for Pike. At two locations on the lake, anglers can put Pike heads in zip lock bags, fill out a form, and receive a check in the mail. A total of 216 heads have been turned in since the reward program began in May, McLellan said. One head was so big it would not fit in the one-gallon bag. 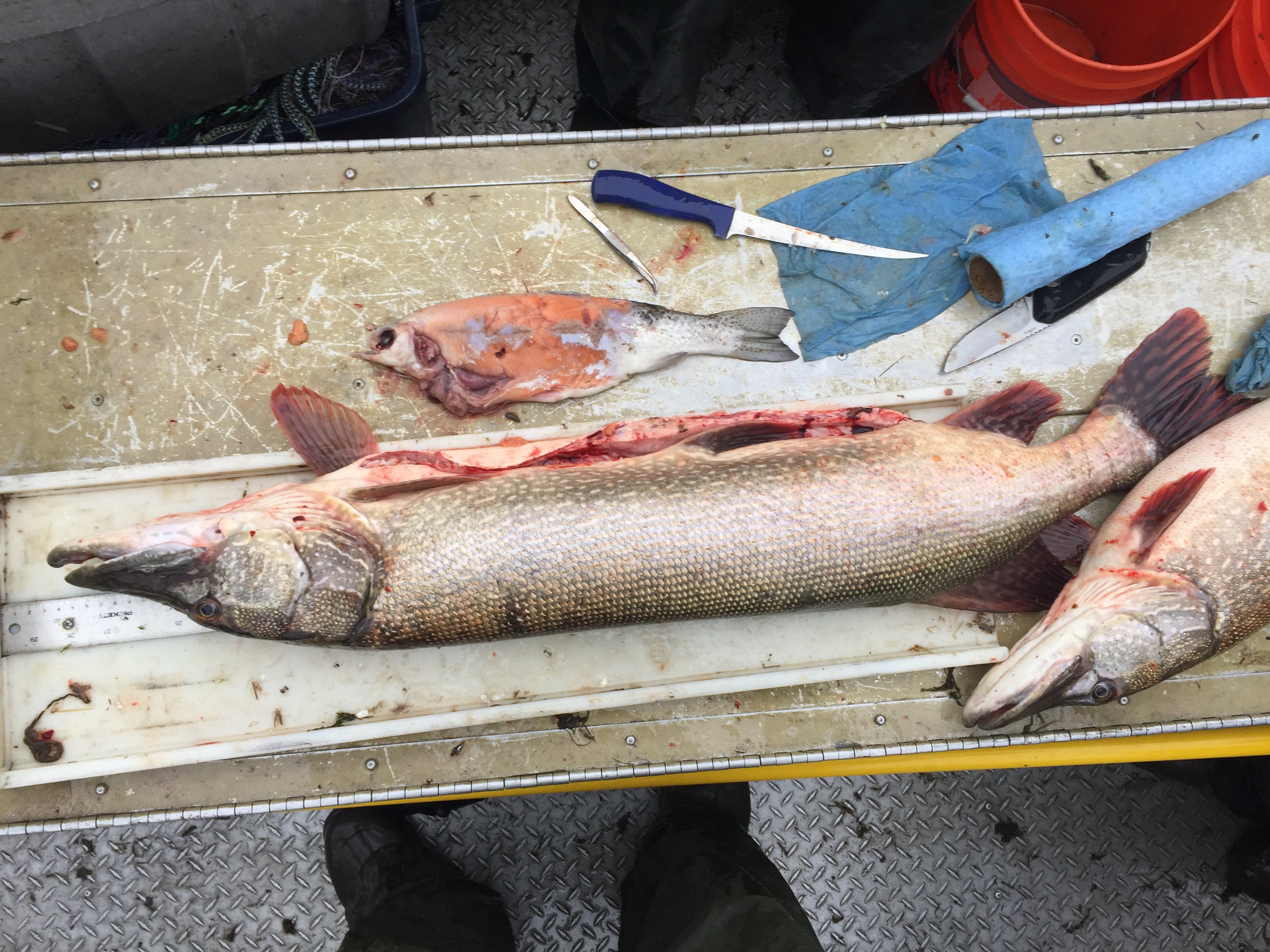 Pike were first detected in Lake Roosevelt in 2011. They have been in the Columbia River system, though, since the 1950s – first in Montana’s Clark Fork River and later in the Pend Oreille and upper Spokane rivers.

“Illegal introductions of Pike and their spread is not a new issue in the states, but it is a relatively new issue for us,” Chris Donley of the Washington Department of Fish and Wildlife told the Council. “Managers are concerned about the impact on game fish in the lake. We don’t view pike as a fishery opportunity, we view them as a problem.”

Pike are classified by the state as a prohibited species, and so there is no harvest limit. If Pike escape Lake Roosevelt and get into Banks Lake, they could spread south to the Potholes area and affect recreational fisheries there, Donley said. If they escape below Chief Joseph Dam they could devastate the salmon and steelhead restoration efforts being undertaken by the state through the Upper Columbia Salmon Recovery Board and by the three mid-Columbia public utility districts on behalf of the five dams they operate on the Columbia – mitigation required by federal operating licenses for the dams.

“We’ve had some really interesting conversations with the PUDs,” Donley said. “They appreciate the work we are doing, they understand there are profound potential impacts on their [operating] licenses, and they are contributing to the suppression effort.”

The state collaborates with the Spokane, Colville, and Kalispel tribes on research and eradication of Pike, which appear to have been successfully controlled in the Pend Oreille River, a Columbia tributary. That effort took at least five years.

Despite the broad collaboration in the battle against Pike, however, current funding may not be enough to be successful.

“Funding is not sufficient to solve the problem for the basin, to keep them out of the anadromous zone,” Donley said. “If we’re talking about protecting fish just in Lake Roosevelt, then funding is closer to sufficient. But those are two different levels of effort, and so it’s a policy call for the basin.”