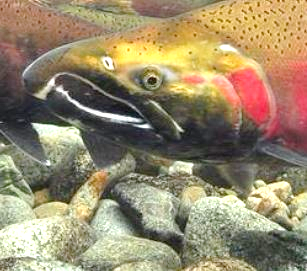 Among the myriad impacts that reduce salmon survival, from poor feeding conditions in the ocean to degraded habitat in freshwater and dam-passage impacts, one that is receiving increasing attention is the impact of chemical pollutants that degrade water quality and cause physical and biological changes that affect the health and viability of fish. Scientific research is creating a clearer picture of where pollutants are in the Columbia River Basin and how they affect fish.

“We consider toxic chemical pollution a form of habitat degradation,” Nat Scholz, director of ecotoxicity research at the NOAA Fisheries Science Center in Seattle, said in a presentation to the Council this month. Research is focusing on broad questions about how the accumulation of toxic substances in fish habitat, both sediment and water, affects fish health, distribution, and abundance.

Literally hundreds of toxic contaminants affect habitat and fish, including insecticides, herbicides, fungicides, hormones from pharmaceuticals, and a ubiquitous group of chemicals called Polycyclic Aromatic Hydrocarbons (PAHs) that are released from a variety of sources including incomplete combustion of coal, oil, and gasoline, and also from vehicle exhaust, wood smoke, and tire particles. All of these chemicals, which tend to persist in the environment, can kill aquatic organisms that occupy an important link in the food chain for fish and, once ingested by fish, can damage the heart, liver, brain, and nervous system.

Pollution occurs everywhere there is human activity; however the amount and type of pollutants varies among land uses. For example, industrial chemicals are more prevalent near and downstream of urban areas, while agricultural pollutants are often found in areas affected by runoff to streams from farm fields.

The good news is that much can be done to reduce the impacts, and some of the best solutions are not very expensive. For example, one source of PAHs is tire particles that wear off on roadways and then are washed into storm drains or fish-bearing streams. Permeable surfaces in parking lots and driveways and vegetated catchbasins along streets and parking lots are able to capture and hold PAHs and other chemicals. Increasingly, polluted runoff is being captured in these ways, reducing direct pollution of water bodies. 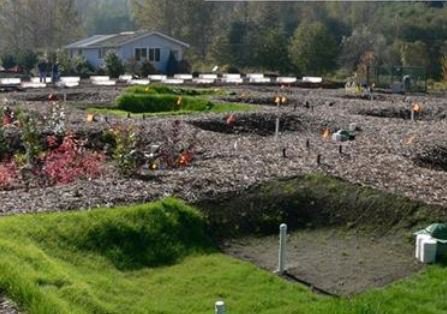 “Most of the progress on toxics will be local,” Scholz said. Through university extension services and state and tribal governments, “science is informing local landowner-led efforts to reduce pollution,” he said.

The Council’s Columbia River Basin Fish and Wildlife Program notes growing concern about toxic contaminants degrading habitat and water quality and supports habitat actions to decrease the migration of toxic contaminants by reducing erosion and sediment transport to waterways. The Program also includes a provision for the Council to “assist regional parties in advancing public education and information on toxics issues.” To that end, the Council’s Fish and Wildlife Division staff hosts a regional workgroup comprising state and federal fish and wildlife agencies and tribes to raise awareness of the impacts toxic contaminants have on fish, wildlife, and habitat. As part of that effort, a publicly accessible map will be developed to display information on known toxic contaminants. For the initial mapping effort, the workgroup chose to highlight Polycyclic Aromatic Hydrocarbons (PAHs), which are widespread in the Columbia River Basin.

The workgroup compiled all readily available data on PAHs in the basin, and organized those data for the map. At the August meeting, the Council agreed to fund development of the map by QW Consulting of Portland.