As solar and wind power become increasingly important components of the West Coast electricity supply, the need to accommodate the ups and downs of their output and keep power flowing smoothly is fueling the search for reliable, inexpensive energy storage to provide power when it is needed. While hydropower is an ideal energy-storage resource – water stored in reservoirs can be released as needed to generate electricity -- its supply for that purpose is limited.

Increasingly, the search is focusing on a storage technology first developed in the era of Thomas Jefferson: The battery.

Vastly miniaturized and chemically and structurally different than the one developed by Italian physicist Alessandro Volta in 1800, batteries power hundreds of consumer products from clocks to flashlights and most recently, our vehicles. Now large-scale batteries are showing promise of providing power for minutes or hours to complement power systems that rely increasingly on variable-output renewable resources.

The chemistry is still important, as researchers explore different combinations of iron, salts, and rare earth metals. In recent years, Lithium ion has been the battery of choice for, say, electric vehicles, as it is dense and can charge and discharge – the term of art is “cycle” -- more times than lead acid batteries, the type used with combustion engines. But Lithium ion batteries are still a work in progress as the search continues to both improve that chemistry and develop others that can cycle frequently and consistently over time.

Battery use is growing rapidly as electric vehicle popularity and production increase, said Jud Virden of the Pacific Northwest National Laboratory in Richland, Washington. He spoke at the 2017 Northwest Demand Response and Energy Storage Summit in Portland in September. Not only is the cost of power from lithium ion batteries, now more than $370 per kilowatt-hour, expected to come down to around $200 but other chemistries show promise of taking the cost as low as $80, he said. Meanwhile, the United States is rapidly becoming a major producer of both Lithium ion and electric vehicles.

“As electric vehicles catch on, they will dominate this technology,” Virden said.

Utility-scale batteries are a lot bigger than those in an electric car. Often the size of shipping containers, these batteries can be ganged together to supply a lot of power economically to the electric power grid for minutes or hours during a day and then recharge. Grid-level energy storage technologies are being investigated in 23 research projects in the Northwest, with many more in California and elsewhere in the nation, notably New York and Texas. The Council’s Power Planning Division is looking into energy storage, too, not as a research project but in the form of a white paper that defines and describes the technologies, costs, values, and opportunities for utility-scale storage located on electricity transmission and distribution systems.

“The holy grail for the grid would be a low cost asset with a 20- to 30-year life,” Virden said. “The challenge is to drive the cost down and the cycle length up, or develop batteries with fewer cycles that are so cheap that it’s cost effective to replace them regularly.”

While batteries and other types of energy storage have promise to improve the reliability and flexibility of the power system, there are challenges aside from the technology, in particular how to integrate storage into utilities’ least-cost resource plans to meet customer demand for power in the future. In that regard, energy storage is a unique resource, as it can provide power like a generator, take in energy and store if for when it is needed, and support the transmission system to maintain voltage. As a result, integrating storage with other energy generating and efficiency resources is a challenge and the focus of policy analyses.

Energy storage is not ready – devices aren’t big enough yet – to backup giant power systems like that of the Bonneville Power Administration, said Lee Hall, manager of Bonneville’s distributed energy resources division. For Bonneville, location will be important – near congested transmission lines, for example – as will cost.

“The benefits of storage need to be monetized because it would be difficult to go to ratepayers and say we will invest in this service but it has benefits that are not well monetized,” Hall said.

Some of the same concerns have been expressed by state utility regulators. Sara Baldwin Auck, director of the utility regulatory program at the Latham, New York-based Interstate Renewable Energy Council, said her firm produced a report that serves as a guide for energy policy-makers to understand the barriers to integrating storage into utility resource plans. The report identifies four areas that need attention before storage will become a standard resource in utility plans, she said: better understanding of the technology; clarifying energy storage in the context of other resource values; determining how storage fits into grid interconnection standards; and rate design to fairly recover costs of investments in storage.

“Utilities are diving into it, particularly since 2016,” she said. “Interconnection standards are a core barrier at the moment for storage being developed at the distribution level.” 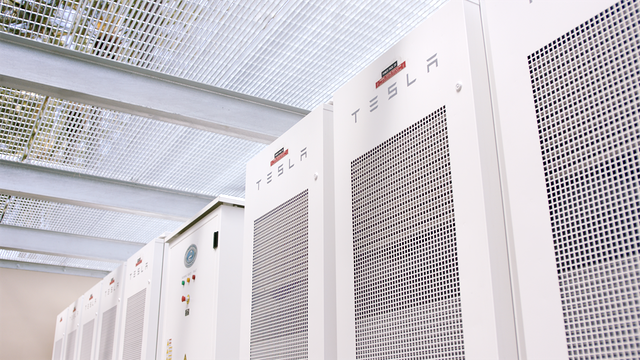 Utility regulators including the Federal Energy Regulatory Commission and state agencies also are recognizing the value of energy storage. Jeremy Twitchell, an energy policy advisor with the Washington Utilities and Transportation Commission, said the commission asked utilities in 2011 to consider storage in their least-cost plans.

“The commission’s role is to ensure utilities are serving customers with the least-cost, most reasonable portfolio of energy resources,” Twitchell said. “We are now trying to better understand how storage fits in.”

Earlier this year, the Washington commission issued a policy statement that asks utilities to be flexible to meet demand for power and indicated it may be considering strengthening the extent that storage must be evaluated against other resources in procuring power and even upgrading the transmission and distribution systems of the utilities it regulates. According to the statement: It is therefore the policy of this Commission that energy storage is a key enabling technology for utilities to comply with the state’s energy policies, and that Washington’s investor-owned utilities should be diligently working to identify and pursue cost-effective opportunities to incorporate energy storage into their systems.

Twitchell said three principles are important in considering how to integrate storage into resource planning: changing the planning paradigm to include storage as a resource; changing resource-modeling guidelines to better assess the costs and benefits of storage; and affirming that rules for other resources also apply to storage.

“Customer needs are fundamentally changing; there are more and more electric vehicles, for example,” he said. “There is no shortage of challenges to face, and storage can be the answer for some of those challenges.”