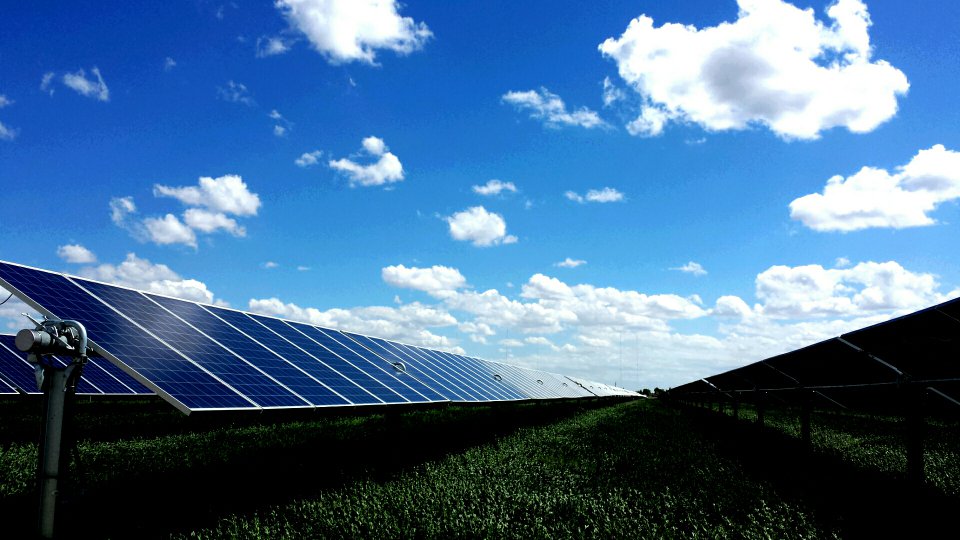 Pacific Northwest wind energy development, fueled in part by aggressive state renewable portfolio standards, has flourished for more than a decade. Wind energy now represents almost 15 percent of the region’s total electricity generating capacity (the maximum amount of electricity a project is capable of generating at any given time under ideal conditions) or about 63,000 megawatts. It’s an impressive success story that has fundamentally changed the way the power system operates. Additional wind projects are expected to come online in the future, but it’s another renewable energy source – solar -- that currently is getting most of the public’s attention.

Like wind, the costs associated with solar energy have dropped dramatically in recent years. The lower costs of photovoltaic solar panels, combined with tax credits and other financial incentives, have made large utility-scale solar projects more competitive and rooftop systems more affordable.

Over the past five years, about 500 megawatts of solar capacity has been built in the Northwest, with 330 megawatts from utility solar systems. Among the four Northwest states, Idaho and Oregon are the leaders in utility-scale solar. While all the Northwest states are seeing an increase in residential and commercial rooftop systems, Montana and Washington have been slower in developing utility-scale solar.

Unlike wind power development, which was stimulated by the states’ renewable portfolio standards, most of the utility solar in the region was built in accordance with the Public Utilities Regulatory Policies Act of 1978. State public utility commissions have the authority to enact rules and procedures that determine how PURPA is implemented (contract duration, price, project size, etc.).

PURPA requires a utility to purchase power from an independent power producer at the utility’s cost to produce or acquire it. This is to ensure that retail electricity customers will not pay more for power generated by resources acquired under PURPA. State commissions, however, began hearing complaints that consumers were being affected by the cost of these resources.

Idaho was the region’s early leader in building larger utility-scale projects, but development slowed considerably after the Idaho Public Utilities Commission restructured the duration of contracts. The rules were revised in response to complaints by utilities that they were being forced to purchase power they didn’t need and at prices that were too high. The new Idaho rules reduced the fixed pricing term of PURPA contracts from 20 years to two years, shifting more risk to developers and making it more difficult for them to secure long-term financing for their projects.

Other commissions in the region are dealing with similar pressures. Long-term, fixed price contracts place all of the project risk on electricity customers, and commissions appear to be sympathetic. Montana recently reduced its contract term from 25 to 15 years and also reduced the contract rate by 40 percent. Oregon utilities have requested help as well. Portland General Electric was recently granted relief by reducing the cap on the size of a solar PURPA project to 3 megawatts.

There is no denying, however, that the amount of utility solar in development is significant. Oregon has enacted an aggressive renewable portfolio standard that requires half of investor-owned utilities’ retail sales be renewable resources by 2040. One Oregon utility has 465 megawatts of power purchase agreements with solar developers and an additional 490 megawatts of proposed PPAs.

But, how many of these proposed projects will be developed? Historically, there has been a large gap between proposed projects and those that are actually completed. Even projects having executed PPAs are not guaranteed to be developed. Some of the determining factors include electricity prices, energy markets, contracts, land use, other regulatory issues, and the largest impediment, transmission access. In fact, the vast majority of projects having signed PPAs with utilities are not built, usually because of the inability to secure transmission rights.

So while the amount of utility-scale solar being proposed by developers is quite impressive, especially in Oregon, it’s unclear how much will actually be constructed. Many issues need to be resolved to ensure that solar projects will be built economically and electricity ratepayers are protected from unnecessary costs.