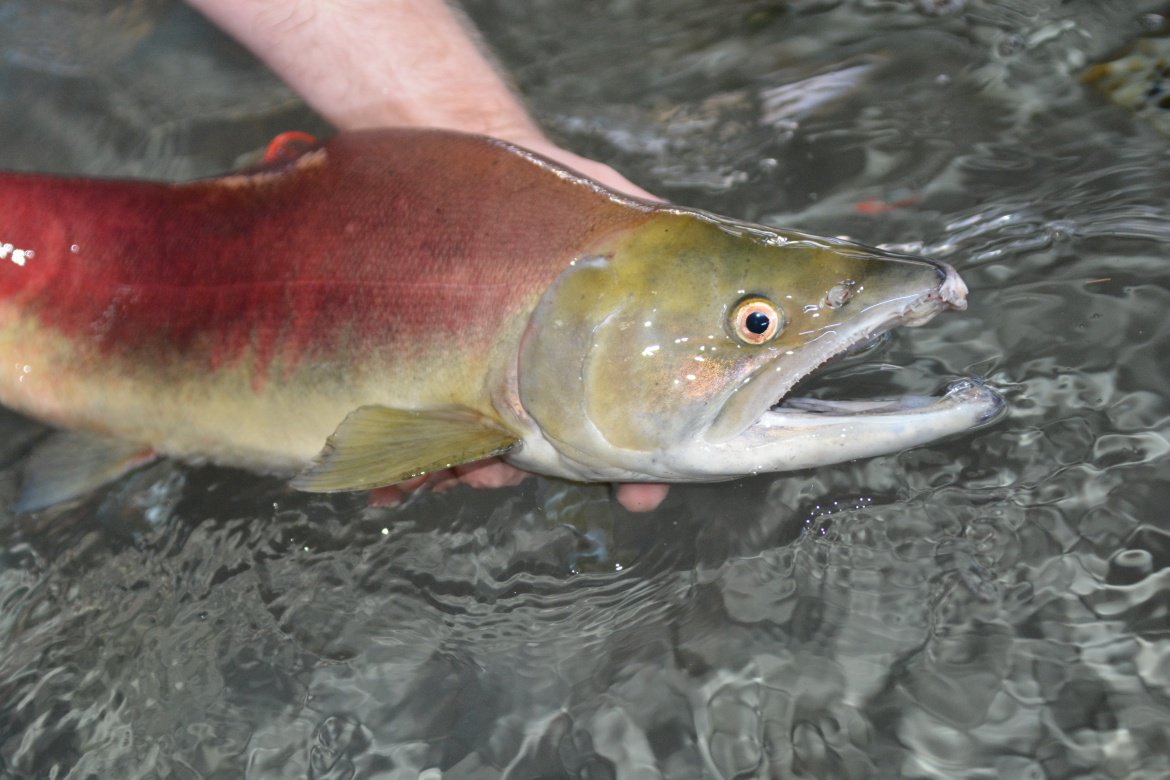 A total of 157 adult Snake River sockeye salmon returned to the Sawtooth Basin of central Idaho this summer, a better return than expected for the endangered species, according to the Idaho Department of Fish and Game.

The department estimated 400 Idaho sockeye crossed Bonneville Dam, the first place on the Columbia River where salmon and steelhead returning from the ocean to spawn can be counted.

It’s a 900-mile journey for the fish from the ocean to the Sawtooth Basin, and an elevation climb of 6,500 feet past eight hydroelectric dams. This year, abundant cold water in the river from a higher-than average Idaho mountain snowpack probably aided the fish during their spring and early summer migration once the fish reached Idaho, compared to past summers when the rivers quickly warmed to lethal or near-lethal temperatures.

The sockeye run has steadily improved since being declared an endangered species in 1991. Annual returns between 1991 and 1999 averaged just 23 fish. In two of those years, none returned. In Idaho’s recovery program for the species, adult fish are collected in the Sawtooth Basin at Redfish Lake, Redfish Lake Creek, and the Sawtooth National Fish Hatchery. Some are released to spawn naturally, and some are spawned at the hatchery. A small population is raised in captivity to safeguard the unique genetics of the species. Juvenile fish migrate to the ocean from the hatchery, or naturally from wild spawning areas, in the spring.

Meanwhile, Idaho Fish and Game has been working to resolve a survival mystery regarding sockeye smolts raised at the department’s second sockeye hatchery, a converted trout hatchery near the town of Springfield in southeastern Idaho. For reasons that were not immediately clear, smolts released into Redfish Lake Creek were not surviving as well as had been anticipated. Post-release survival of 50 percent between Lower Granite and Bonneville dams was expected, but survival over the last several years has not been higher than 37 percent, Idaho Fish and Game assistant chief of fisheries Paul Kline reported at the November meeting of the Northwest Power and Conservation Council.

After much experimentation, it now appears that fish raised in the hard water at the Springfield Hatchery may have suffered a physiological shock when released into the exceptionally soft water of Redfish Lake Creek. Smolts face a variety of chemical, physical, and metabolic stressors when they go through the process of adapting from survival in freshwater to survival in salt water, whether reared in a hatchery or in the wild.

“What we have learned is that water chemistry appears to be a significant contributor to reduced survival,” Jesse Trushenski, a fish health expert with the department, said. She said experiments that ease the transition from Springfield water, in which the smolts are transported from the hatchery to the creek, “appear to be the most effective strategy to improve survival.” Further adaptive management experiments are planned for releases next year.

Kline said the department’s analysis of Springfield water before the hatchery was rebuilt to accommodate sockeye did not identify a problem with water hardness.

“We did not realize there could be a problem,” Kline said. “There was nothing that would have been a red flag. We think we are getting close to fully understanding the problem, and that puts the solution within reach.”