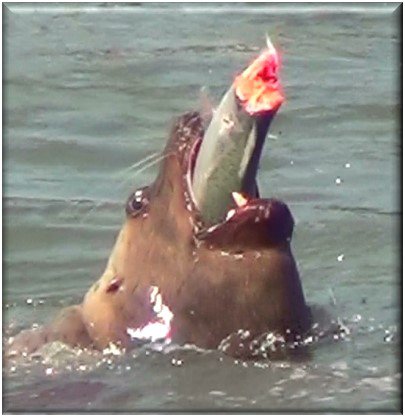 In the Columbia River between the Pacific Ocean and Bonneville Dam, a distance of about 145 miles, a substantial number of adult spring Chinook salmon that are identified in the lower river continue to disappear before reaching the dam, research by NOAA Fisheries shows. The most likely cause of this “unexplained mortality,” as it is called, appears to be predation by marine mammals, primarily California and Steller sea lions.

NOAA researchers led by Dr. Michelle Wargo-Rub have been studying the annual spring Chinook run since 2010 and have captured, marked and released several thousand fish, tracking their progress as they move up the river to spawn. The fish are destined either for the Snake River and tributaries in Idaho, or for upper Columbia tributaries in north central Washington.

Last week Dr. Rub reported the latest findings of her research at a meeting of the Independent Scientific Advisory Board, a panel of 11 scientists who advise the Power Council, NOAA Fisheries, and the Columbia River Inter-Tribal Fish Commission.

The mortality estimate for 2017 is 24 percent, meaning that for every 100 fish researchers tagged in the estuary, approximately 24 were not counted crossing Bonneville Dam. That’s not good news in a year when the run is far below normal, about half the recent 10-year average. On the other hand, mortality has declined in the last two years, and considering the runs were below average both years, particularly in 2017, that can be seen as good news.

“The decline in predation may be a sign that the system is being reestablished and the high numbers were  anomalous; 2014 and 15 were the perfect storm for predation in the river,” she said. “A reduced prey base and a warm ocean off California likely drove more sea lions than normal up the coast, and the smelt (eulachon) run peaked in those years, likely drawing more predators into the river, setting them up for when the salmon arrived after the smelt.” 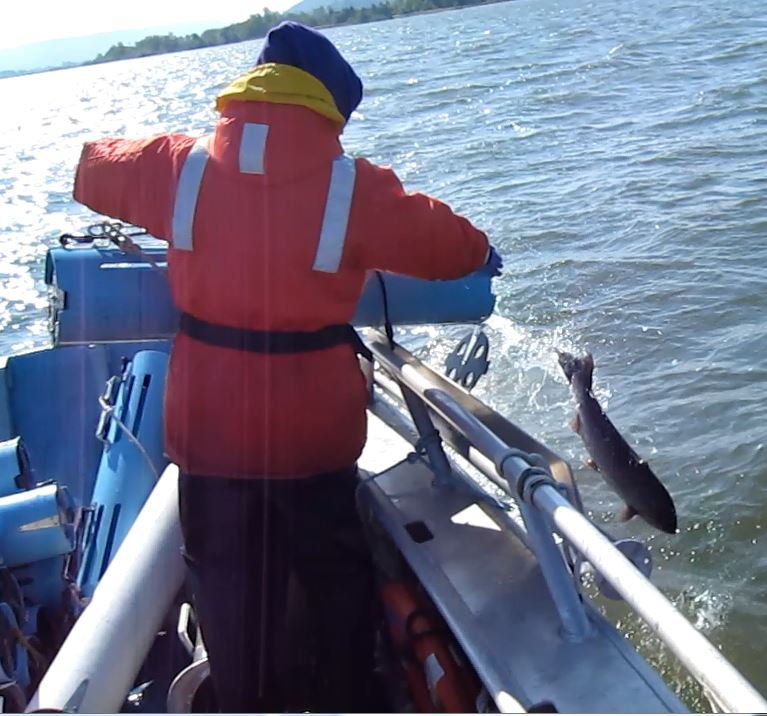 Dr. Rub said she is confident the “unexplained mortality” can be explained by sea lion predation, as the known sources of mortality primarily are commercial and sport harvest. Disease, straying, and handling during tagging also could be factors, but collectively would not be responsible for the loss of such a large percentage of the run.

NOAA contracts with commercial fishers to catch spring Chinook in the estuary around river mile 28, near Tongue Point east of Astoria. Researchers insert tags into the fish and release them back into the river. Sea lions also are tagged in the Astoria area so their movements in the river can be monitored. Most stay in that area, but a small percentage travel all the way to Bonneville where, Dr. Rub said, most of the predation on spring Chinook occurs.

In 2016, half of the fish that were tagged in the estuary and not counted at Bonneville are believed to have died within a few miles of the dam, the area favored by sea lions that make the journey from Astoria. However, fisheries science has its surprises and it’s often difficult to make conclusions based on one year’s experience. For example, in 2017, the majority of sea lions tagged in the lower estuary downstream of River Mile 28 stayed there. Only one tagged sea lion journeyed to Bonneville, and he (they are all males) stayed there for a six-week feast. This year, only 25 percent of the mortality of the marked spring Chinook occurred near Bonneville: 50 percent in 2016, 25 percent in 2017.

“It seemed like the animals shifted downriver,” she said. The reason may be because river flows were higher in 2017 than 2016, and it was just more work to swim upstream. Despite the year-to-year variations, Dr. Rub said there are some solid conclusions from eight years of research.