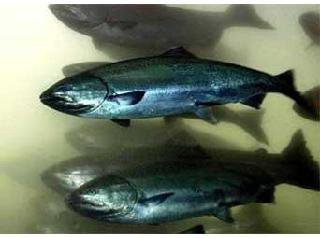 Unusual ocean and atmospheric conditions that brought warm water species north in the Pacific Ocean and upset normal ocean processes are slowly returning to normal but will continue to have an effect on salmon and steelhead from the Columbia River Basin for one or two years, depressing fish returns, fishery managers from Washington, Idaho, and NOAA Fisheries told the Northwest Power and Conservation Council this week at a meeting in Portland.

The warm water anomaly known as The Blob, a mass of warm water in the middle of the North Pacific, formed in the winter of 2013/2014 under a resilient ridge of atmospheric high pressure. The practical effect of The Blob was to create warm, low-nutrient surface waters, which left much of the ocean a food desert for Columbia River fish. Many juvenile salmon are believed to have starved. By January of 2018, maps showed sea surface temperatures had returned to normal, but the damage had been done and its effects continue.

In 2018, adult salmon and steelhead returns to the Columbia River are expected to be below average, as they were in 2017, the managers said, at least partly because of The Blob. About 1.1 million fish are forecast to return to the Columbia River this year as opposed to 1.2 million in 2017. Both numbers are below recent 10-year averages. 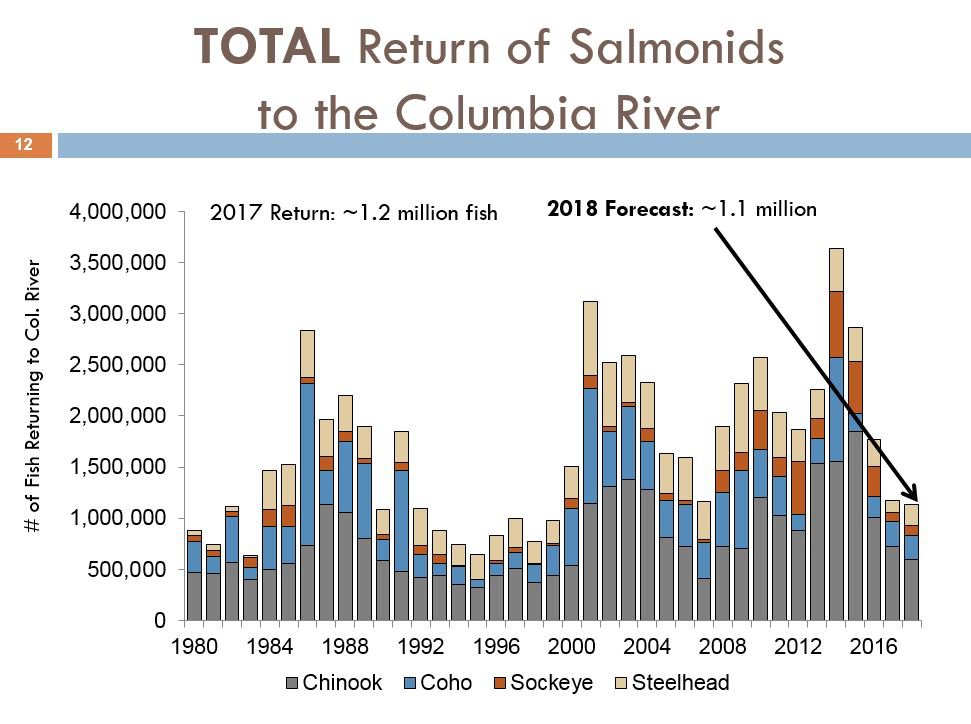 Coho are forecast to return in about the same numbers as last year, 228,700 fish in 2018 compared to 235,656 in 2017. Upriver coho were declared extinct in the 1990s, and the fish that return to the area today result from an aggressive and successful reintroduction program that raises hatchery fish for release into the wild to rebuild naturally spawning populations over time.

The steelhead runs are forecast to be a little higher than last year, with 190,350 upriver summer steelhead predicted (116,841 in 2017), and 11,700 wild winter steelhead predicted (9,448 in 2017). The 2017 summer steelhead return was the lowest in the last 25 years, and recreational fishing was reduced to protect the species. The Blob had a big effect on steelhead, as they tend to spend their adult lives in the middle of the north Pacific Ocean, where The Blob took hold, as opposed to closer to the coasts.

The chum salmon run, which spawns in tributaries mostly downstream from Bonneville Dam, is forecast at 4,000 fish.All forecasts are estimates of the number of fish returning to the mouth of the river and do not account for harvest.