While federal funding to inspect watercraft entering the four Northwest states is secure for 2019, beginning in 2020 a dozen more states will be eligible and competition for funding will increase. It’s too early to know whether and by how much Congress will increase funding for the inspections, which are intended to catch and clean boats carrying zebra and quagga mussels from areas of the country where they have taken hold, primarily the Midwest and Southwest, into the Northwest, where they have not.

Once established, the dime-size freshwater mussels grow rapidly, rob water of calcium and other nutrients, and form rock-hard masses of shells that can clog water intakes, foul beaches, and ruin underwater equipment. In the Northwest, where more than half of the electricity is generated at hydropower dams, zebra and quagga mussels pose a threat that worries lawmakers, electric utilities, state fish and wildlife agencies, and others.

After several years of work by the Council and other regional organizations, Congress included a provision in the Water Resources Reform and Development Act of 2014 that established a 50/50 federal/state and local cost share program to establish and operate watercraft inspection stations on roadways entering the four Northwest states. In Fiscal Year 2016 Congress began appropriating funds for the inspection stations, with additional funding provided each year after that through Fiscal Year 2019. The Council has requested $6 million (see letter below) to be appropriated for Fiscal Year 2020. Of that amount, and consistent with the amounts appropriated for FY 2018 and FY 2019, $5 million would be for watercraft inspection stations and $1 million for monitoring.

But last year, while again authorizing funding for the inspection program in the Northwest states, Congress also expanded the geographic scope of the effort to include the Upper Missouri, Upper Colorado, South Platte River, and Arkansas river basins – in all 12 more states. Parts of the additional basins already are infested with zebra and quagga mussels. Adding inspection stations in those basins could help detect infected watercraft leaving those areas and headed for the Northwest. 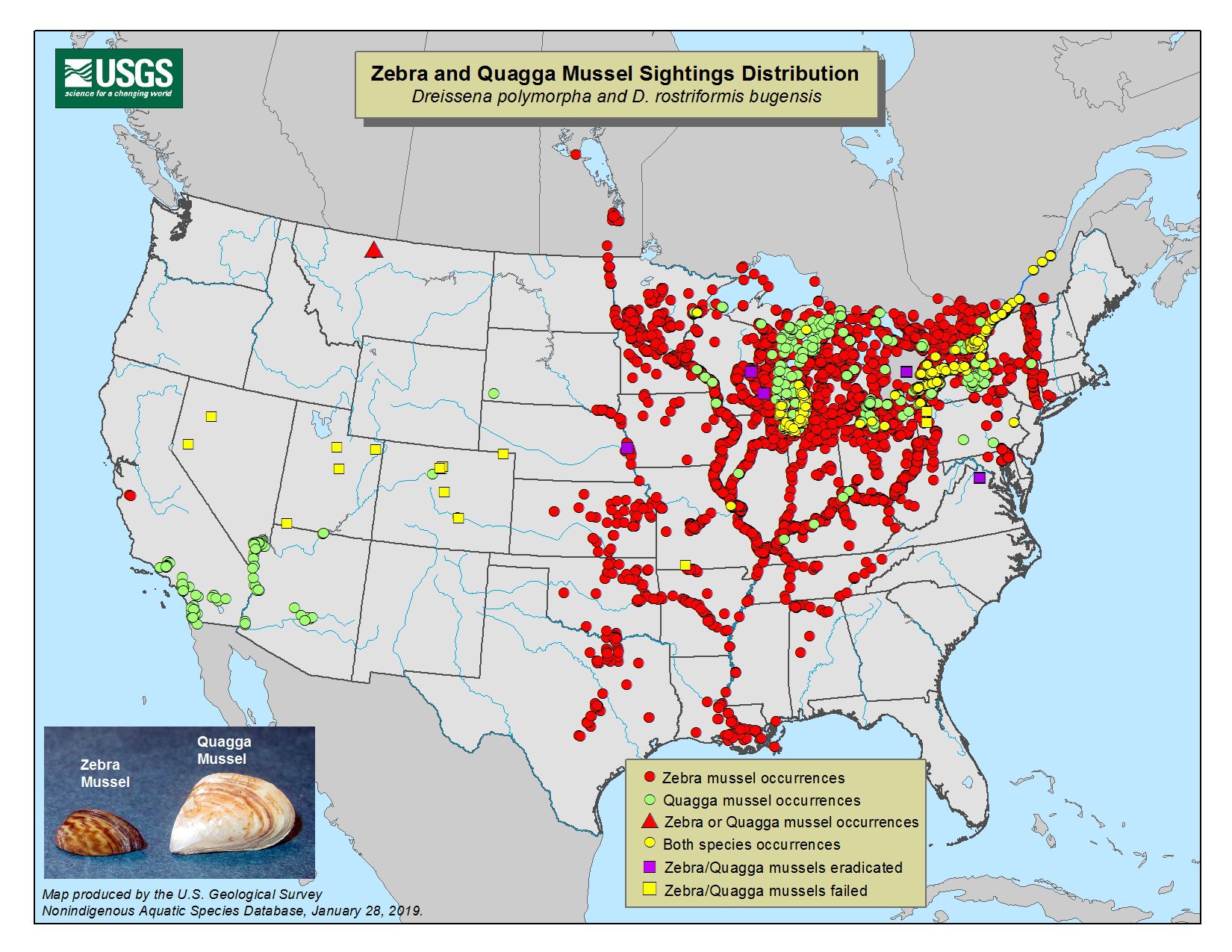 But adding inspection stations in those states also will increase competition for funding, and so Northwest officials will be watching carefully. Recent estimates indicate that Congress will have to at least triple the program’s funding to accommodate the additional river basins and continue providing adequate support for the Northwest states.

Thank you for your critical support for the Northwest states’ watercraft inspection station programs. These efforts, funded through the U.S. Army Corps of Engineers’ cost-share program authorized in section 104 of the River and Harbor Act (33 U.S code 610), are helping to prevent infestations of invasive quagga and zebra mussels in the Columbia River Basin. The Corps’ participation with the states in these activities is crucial to their success and greatly appreciated.

The inspection stations are the Northwest’s frontline defense in preventing an outbreak of these harmful aquatic invasive species. In 2018, the number of inspections across the four states was almost 275,000, a 30-percent increase. Of the boats inspected, 81 were found to be contaminated and were swiftly disinfected. But the situation remains critical, especially in Montana where that state is on high alert after mussel larvae were detected in 2016 in close proximity to the Columbia River Basin at the Tiber and Canyon Ferry reservoirs.

For Fiscal Year 2020, the Council is again requesting a total of $6 million for the Corps’ Aquatic Plant Control Program for invasive mussel activities. Of this amount, $5 million should be allocated to the states’ watercraft inspection stations, and $1 million for monitoring and rapid response activities.

There is a constant need to protect the region from this serious threat. The Pacific Northwest is the only region in the U.S. without established populations of invasive quagga or zebra mussels. The estimated costs of failing to prevent an invasion in the four Northwest states and Canadian provinces exceed $500 million annually, many times the amount of our request.
Thank you for your continued attention to this important issue, and do not hesitate to contact the Council should you need additional information.

Keeping the Lights On

The Council is set to make improvements to the Northwest’s resource adequacy assessment this year. John Fazio discussed the upcoming work to improve the annual assessment, which acts as an early warning of potential future power shortfalls.