Huddled together against a mid-January squall of cold wind, rain, and wet snow, a crowd of partners in a long-promised salmon hatchery on the South Fork Walla Walla River posed for a group photo, some clutching ceremonial gold-painted shovels to signify the beginning of construction of a facility that has been in the planning stages for more than 30 years. The hatchery is being built by the Confederated Tribes of the Umatilla Indian Reservation to restore spring Chinook to a portion of their historic range for the benefit of present and future generations. Spring Chinook were extirpated from the Walla Walla River Basin in the early to mid-1900s.

“It’s a cool day, not just outside, but inside here, too, simply because the tribe has been working on this for a long time,” said Kat Brigham, chair of the Umatilla Tribe’s Board of Trustees. “To rebuild our salmon runs, it’s been a long battle, but well worth it.”

She spoke inside the tribe’s adult salmon holding and spawning facility on the river about 10 miles east of Milton-Freewater, Oregon. The holding and spawning facility is a satellite of the Umatilla Hatchery on the Umatilla River, which the tribe operates in conjunction with the Oregon Department of Fish and Wildlife. The new hatchery will be built next to the existing satellite facility, taking advantage of the South Fork's high water quality.

Brigham emphasized the collaborative nature of the long process.

“We did not do this alone. We did this by working with everybody – states, feds, stakeholders, everybody. So now it is actually going to happen. We are going to have a hatchery. This will be the first hatchery operated fully as a whole by the Umatilla Tribe,” she said to applause.

With the new hatchery, salmon smolt production in the Walla Walla basin is expected to double, from the current 250,000 to about a half-million annually. The majority of the smolts will be acclimated and released into the South Fork Walla Walla, with approximately 20 percent going to the Touchet River, a Walla Walla River tributary, and some others into Mill Creek, also a tributary. The goal is to re-establish a self‐sustaining, naturally spawning population to provide harvest for treaty and non‐treaty fisheries. The hatchery is part of a larger project that also includes improvements to spawning habitat and fish passage.

The new hatchery will include egg incubation and smolt-rearing facilities, and also residences for hatchery workers. Currently, the 250,000 eggs are incubated and the resulting smolts are raised elsewhere before being released into the South Fork. It is important to the tribe that salmon raised in the new hatchery will imprint on the local waters in which they are raised and released so they will return to those waters to spawn. Over the long term, the tribe hopes some 5,000 adult salmon will return to the Walla Walla Basin each year. Construction starts now and will be completed in 2021. The first smolt release is planned for 2023, and the first adult returns are expected in 2025. The Walla Walla Hatchery is funded by the Bonneville Power Administration through the Council's Columbia River Basin Fish and Wildlife Program.

“This is about the resiliency of our foods, and resilient means they survive on their own,” he said. “This is important to us as Indian people, what we hold true as Indian people, and if we can communicate that, I think we are doing something right. We want to be sure that we look at the future generations that we will not see, because they will be looking back and finding out, and realizing the things that we provided for them -- and in this facility, the things we built for them.” 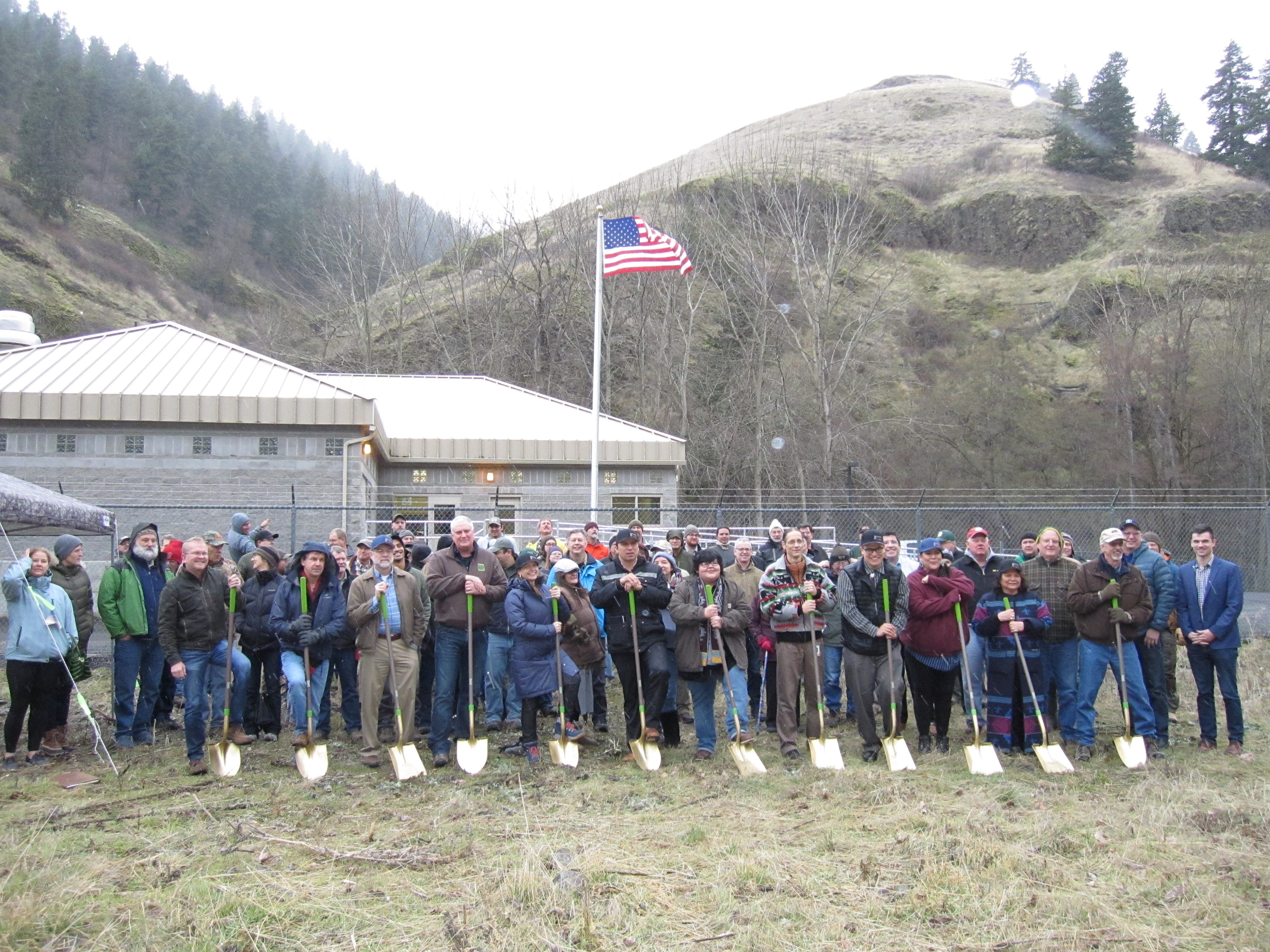