Healthy river flows are essential for fish to thrive, but many streams in the Columbia Basin run low — and sometimes dry — in summer and early fall. There’s only so much water to go around, and balancing the needs of landowners with the needs of salmon, steelhead, and resident fish requires close collaboration.

One way to address the problem of keeping water in streams is through an innovative program that brings local people together to problem solve to find a win-win solution for both people and fish.

As early as 1991, the Council’s fish and wildlife programs identified water transactions as a way to increase flows for fish. In the 2000 program, the Council recommended that the Bonneville Power Administration establish a funding agreement for land and water acquisitions.

This is a voluntary, market-based water transactions system that has proven to be an effective and fair way to balance out-of-stream water uses with the need to maintain stream flows for imperiled fish.

“It’s like a land trust, but for water,” noted Femke Freiberg, with the National Fish and Wildlife Foundation. Freiberg and Matthew Schwartz, with the Bonneville Power Administration, described the program at the Council’s December meeting.

Since 2002, the program has completed over 660 water right transactions, protecting over 2.3 million acre-feet of flow in key tributary streams across the Columbia Basin. These transactions have included a number of creative approaches, including split-season leases, source switches, permanent purchases, minimum flow agreements, and water produced through significant capital investments in irrigation efficiency projects. Along with funding from Bonneville, the program has leveraged a significant amount of matching funding, according to Schwartz. 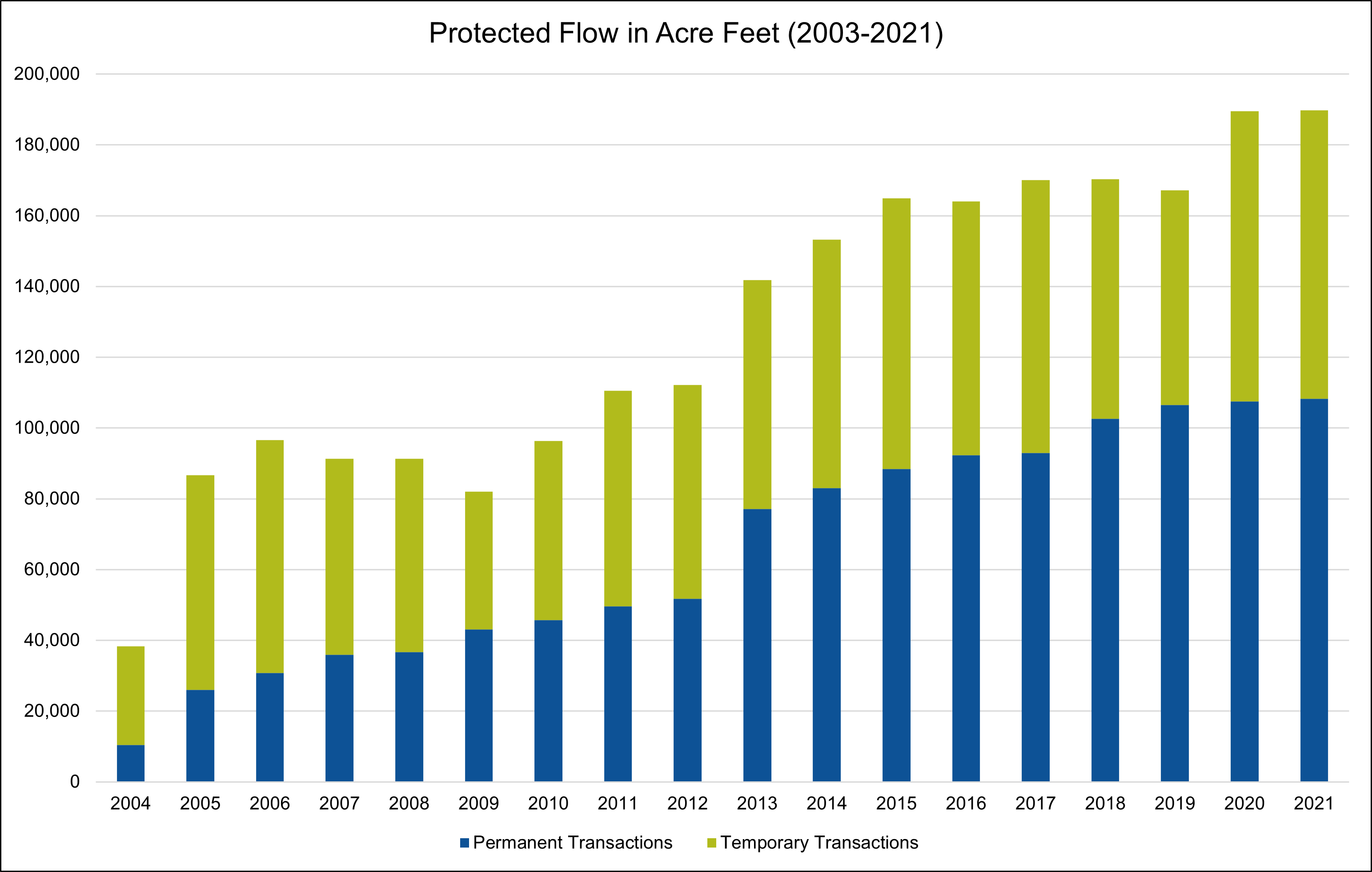 Frieberg noted that in the future, integrating water transactions with other habitat restoration work in the basin will be an important means for amplifying the benefits of all the actions to aid fish.

Last month, Fish and Wildlife Division Director Patty O’Toole, on behalf of Fish and Wildlife Committee Chair Jeff Allen, gave remarks at an event celebrating the 20th anniversary of the program. In those remarks, O’Toole applauded the exemplary grassroots work that’s keeping water in streams through a voluntary, community-based approach.

The Phase 2 Plan shows the deep importance of reintroducing salmon to the UCUT members and the Upper Columbia River ecosystem, while addressing needs identified in the F&W Program to mitigate for the complete loss of anadromous fish in the blocked area.