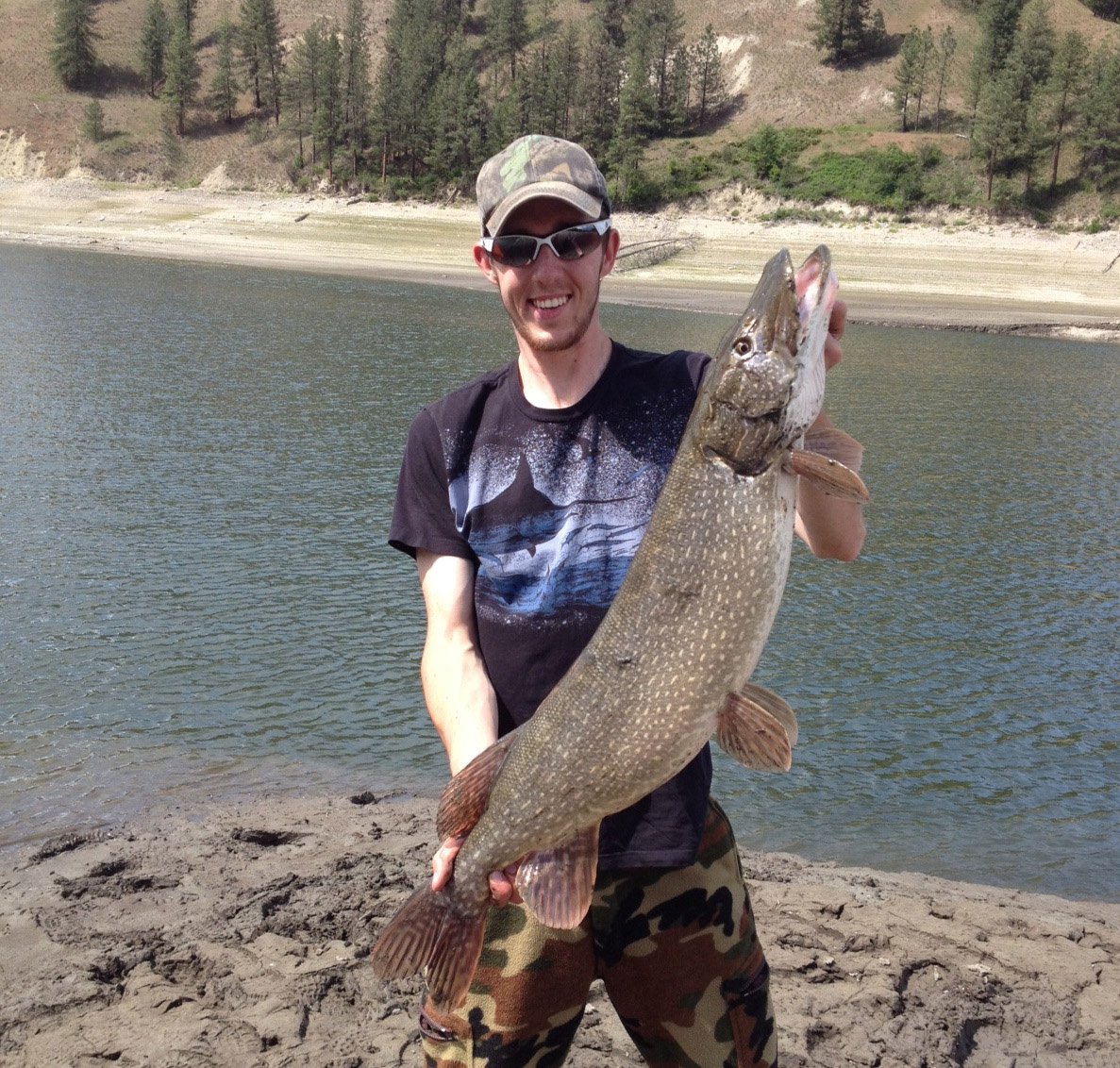 The campaign to halt the proliferation of Northern pike in Lake Roosevelt, the reservoir behind Grand Coulee Dam, is intensifying, state and tribal fish biologists reported to the Northwest Power and Conservation Council in November.

First detected in the northern end of the 150-mile-long reservoir in 2009 and still confined to that area, the aggressive predator species appears to be breeding and the population, still small, steadily growing. Pike are voracious and can grow to more than 30 pounds and a meter in length.

Brent Nichols, fisheries manager of the Spokane Tribe of Indians, told the Council’s Fish and Wildlife Committee at a meeting in Portland that five days of research fishing in June using set nets confirmed the growing numbers. Of 138 fish caught in the nets, 21 were northern pike, and these fish represented two distinct age classes with fish weighing between a pound and eight pounds. Analysis of their stomach contents showed that about 60 percent of their diet was trout and whitefish.

That is bad news for the Spokane and Colville tribes, and the Washington Department of Fish and Wildlife (WDFW), which raise trout and kokanee for the substantial recreational fishery in the lake.

“What they prefer to eat is what we don’t want them to eat,” Nichols said.

While pike have the potential to disrupt fisheries and impact native fish species in Lake Roosevelt, a more dire consequence is the impact pike could have on salmon and steelhead downriver, including more than a dozen threatened and endangered species. Predation by pike also could set back electricity ratepayer-funded efforts to restore fish runs and enhance fisheries throughout the Columbia River Basin if the Lake Roosevelt population grows and fish pass over Grand Coulee and Chief Joseph dams.

The pike population in Lake Roosevelt today is about where the pike population was in the Pend Oreille River, a Columbia tributary, about a decade ago. That population boomed, and the Kalispel Tribe and WDFW have been working aggressively, and so far successfully, to reduce their numbers.

“We probably waited too long in the Pend Oreille,” Chris Donley, WDFW’s eastern region fish program manager, told the committee. “Now is the time to get a handle on this in Lake Roosevelt.”

WDFW and Spokane Tribe plan to accelerate their work in Lake Roosevelt in 2016 to include, for example, radio telemetry studies to track the movements of large pike and implement a reward program for anglers to remove pike from the lake.

“Lake Roosevelt is beginning to show signs of real problems,” Fish and Wildlife Committee Chair Bill Bradbury said. “This could turn into a disaster for the Northwest. Or, we could get a handle on this now.”