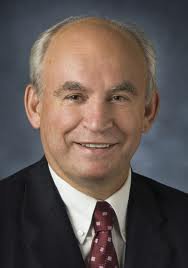 This past weekend at the annual symposium of British Columbia’s Columbia Basin Trust, which focused on community change through collaborative action, Bill Bennett, Minister of Energy and Mines for the Province, joined a panel to talk about the province’s draft recommendations and guiding principles for the future of the Columbia River Treaty with the United States.

“We feel the treaty has worked extremely well over the past decades for both Canada and the U.S.,” Bennett said. “We think it is worth keeping, but we know it can be improved.” A brief video of his remarks is posted here.

The treaty, which went into effect in 1964, has no ending date but either country can unilaterally terminate the treaty in September 2024 provided at least 10 years’ advance notice is given. In exchange for providing flood control and for an equal share of the incremental U.S. downstream power benefits (the Canadian Entitlement), Canada agreed to build three dams – Duncan, Keenleyside, and Mica – in British Columbia and allowed the U.S. to build a fourth dam, Libby in Montana, that flooded into Canada.

The treaty is implemented by BC Hydro, the provincial electricity utility, on behalf of Canada (the Canadian Entity) and by the U.S. Army Corps of Engineers and Bonneville Power Administration (the U.S. Entity) on behalf of the United States. The Province of British Columbia is the entity responsible for the disposal of the Canadian Entitlement.

The draft recommendation of the Province of B.C. was developed by Bennett’s ministry through extensive consultations with citizens, First Nations, and stakeholders, and informed by economic, environmental, social, hydrological, and legal analyses. It includes principles to guide the province in any discussions on the future of the treaty with Canada and the United States. These include consideration of flood control, hydropower generation, ecosystems, climate change, and benefits to British Columbia.

The ministry is inviting comments on its draft recommendation, posted here, through November 20, after which the province’s Columbia River Treaty Review Team will prepare its final recommendation to Premier Christy Clark and her Cabinet.