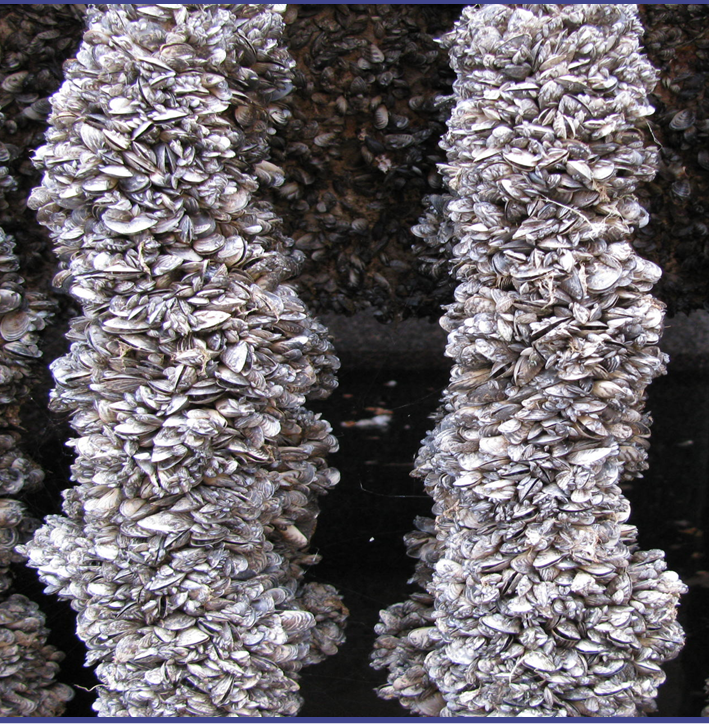 For the last decade or so, the region has worked to prevent the introduction of invasive quagga and zebra mussels to Pacific Northwest waters.

The mussels have contaminated water bodies to the east and south of our region, and could be introduced here through contaminated watercraft. The mussels can live out of water for up to 30 days. It’s been estimated that the combined economic impact of a Northwest infestation could be nearly $600 million per year. The impact could be especially troubling in the Columbia River and its major tributaries, as mussel colonies form rock-hard mats of shells that can clog water intake and delivery pipes, infest hydropower infrastructures, adhere to boats and pilings, foul recreational beaches, compete with native mussels, and disrupt food webs and the biological functioning of aquatic habitats. They pose a significant threat to anadromous fish restoration efforts in the West.

Quagga and zebra mussels have invaded water bodies in the Southwest including Lake Mead. In January, microscopic juvenile quagga mussels were found for the first time in Deer Creek Reservoir in Utah.

Representatives of the Pacific States Marine Fisheries Commission and the Pacific Northwest Economic Region briefed the Council in January on the latest effort to develop a Pacific Northwest “perimeter defense strategy” against a possible invasion of quagga and zebra mussels. State agencies conducted webinar in January to bring interested parties in the Northwest and Canada together to share information and develop strategies for 2015 including:

Preventing a Northwest infestation is a key measure in the Council’s 2014 Columbia River Basin Fish and Wildlife Program. The program calls for:

The Pacific Northwest Economic Region, a collaborative organization of the Northwest states, Alaska, and the western Canadian provinces that addresses common issues and interests, is working to raise awareness of the threats posed by invasive mussels. Recently the groups posted a blog on The Blue Review website.