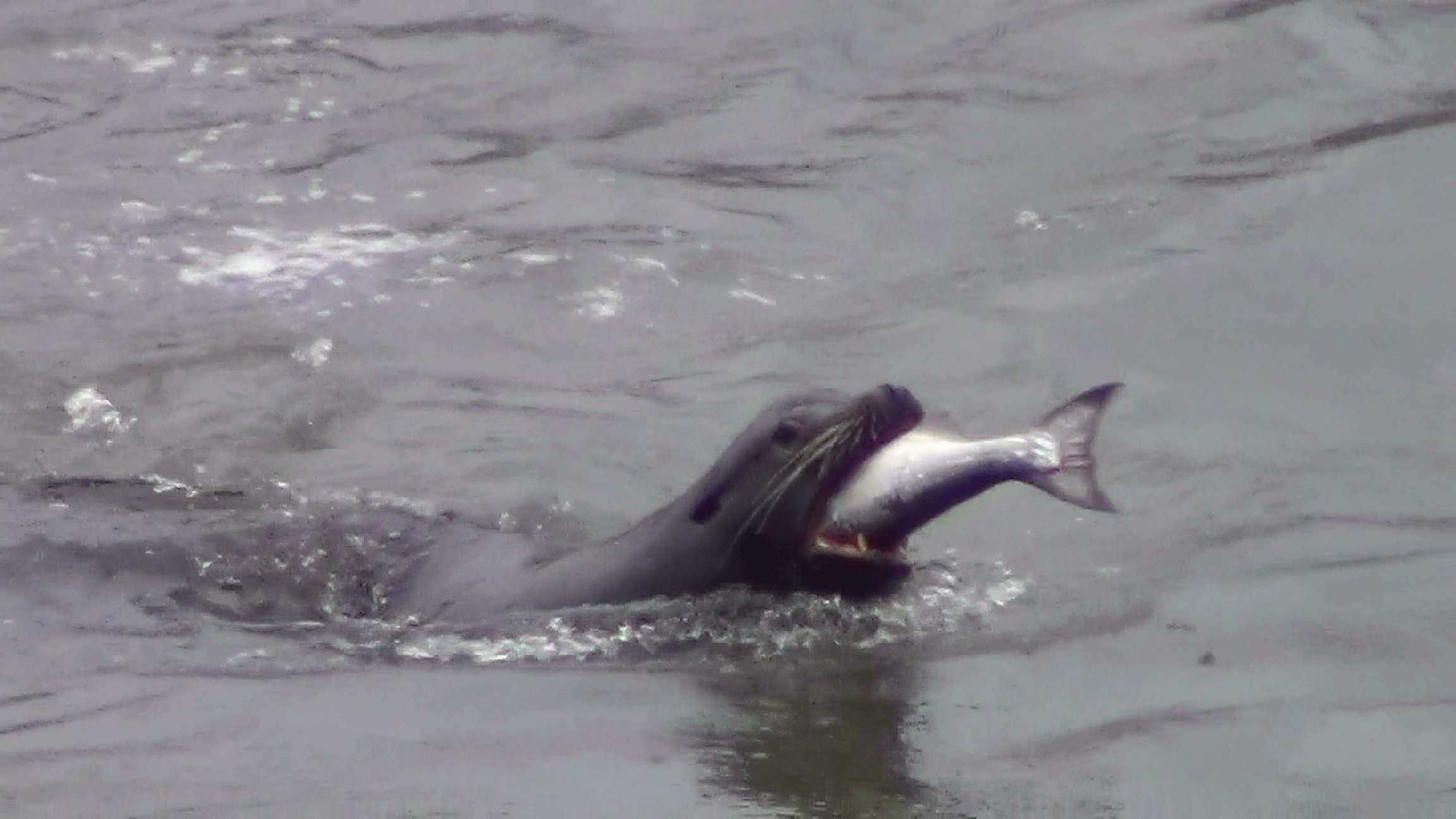 Sea lions, particularly the California species, have increased in the Columbia River immediately below Bonneville Dam in recent weeks, and so far they are killing more salmon than in recent years.

According to the latest report by the US Army Corps of Engineers, which coordinates observations of sea lion activity at the dam, the average daily number of California sea lions seen at the dam increased from four in March to 22 in April. The maximum was 39 on April 22. Adding Steller sea lions to the mix, the maximum was 82, also on April 22. Oregon and Washington fish and wildlife biologists brand the most problematic sea lions, and so far this year observers have documented 79 uniquely branded individual animals – 77 had been seen at the dam in previous years.

As the number of sea lions rose, so did the number of spring Chinook salmon arriving at the dam as they migrate to spawning grounds and hatcheries upriver. As of April 29, the date of the most recent report on sea lions by the Corps, 28,029 spring Chinook salmon and 3,659 steelhead had been counted passing the dam. By May 2, the total had grown to 58,602 adult Chinook (59,664 including jacks) and 5,367 steelhead.

At the same time, observed catches of Chinook by sea lions more than doubled in the two weeks before April 29, exceeding the 10-year average, the Corps reported. The estimate through April 29 was 4,970. The 10-year average is a little over 2,000; the number by this time last year was 4,420.

Meanwhile, sea lions have taken fewer sturgeon than usual through the end of April – just 28, with most being between two feet and four feet in length but one exceeding seven feet. 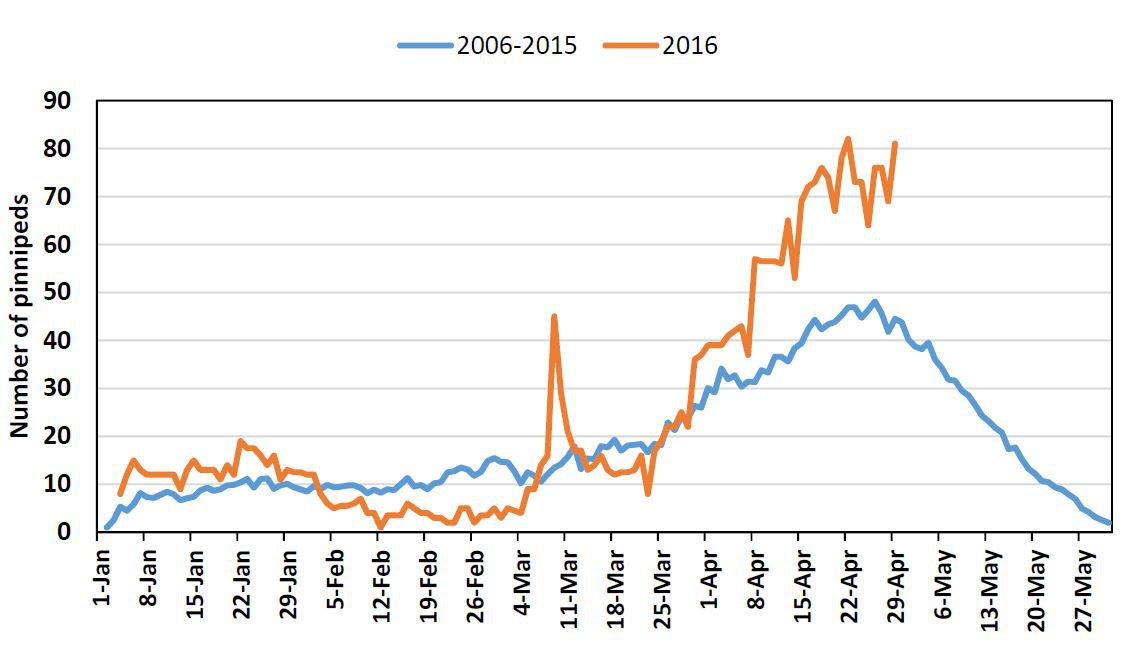