Council Recommends 48 Projects to Implement the Fish and Wildlife Program 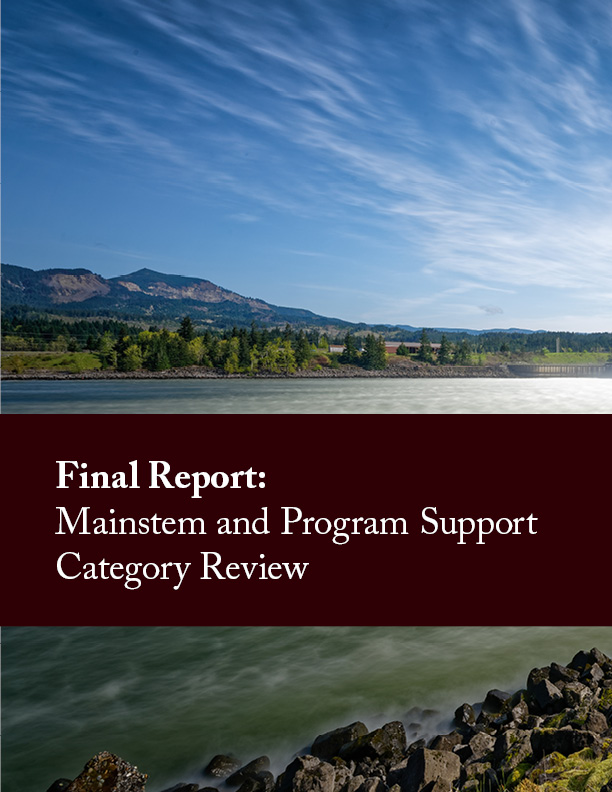 This month the Council recommended 48 fish and wildlife projects to the Bonneville Power Administration for funding which, if all are implemented, total more than $43 million. The projects are in a group called the Mainstem (Snake and Columbia rivers) and Program Support projects under the Council’s Columbia River Basin Fish and Wildlife Program.

The Council’s Fish and Wildlife Division staff and the Independent Scientific Review Panel reviewed the projects, most of which are intended to support and implement the program and help integrate it with requirements of the Federal Columbia River Power System (FCRPS) Biological Opinion and the commitments made by Bonneville with the parties to the Columbia Basin Fish Accords.

The Council’s recommendation culminated the second of four reviews of groups of projects by the Council’s staff. Project reviews occur every three to eight years. More than 300 projects are included in the four reviews, each of which takes about nine months. The first review was completed in December 2018 and included 25 research projects with an estimated total cost of about $11.6 million.  The third project review will begin in October and include approximately 47 resident fish and sturgeon projects, which were last reviewed in 2011 and 2012.

The mainstem and program support projects address four issues: hatchery-related work; data management and information; research; and project objectives and adaptive management. Among the recommended projects are seven data-management projects, nine hatchery projects, nine research projects and others that address specific issues such as ocean survival of salmon and steelhead, fisheries enforcement, and the Columbia Basin Bulletin electronic newsletter. A detailed explanation of the projects approved this month is in a Council memorandum.

The Council is in the process of amending its 2014 Fish and Wildlife Program with an addendum and anticipates adopting amendments in January 2020. If there are significant changes in the 2014 Program as a result of the amendment that would necessitate changes in the project recommendations, the Council will decide whether to revisit them.

Science Board, Citing Uncertainties, Says Salmon Reintroduction Above Grand Coulee 'Could Be Successful'

Chief Joseph and Grand Coulee dams block salmon passage to the upper Columbia River. Reintroduction 'could be successful to some extent,' the Council's Independent Scientific Advisory Board said after reviewing a feasibility report by the Upper Columbia United Tribes. The ISAB found the report scientifically credible and urged an early analysis of potential reintroduction costs.