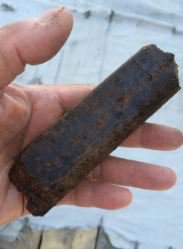 The roasted cane of a cellulose-rich grass that can grow up to 18 feet tall in a year may be the fuel of the future for the only coal-fired power plant in Oregon. The plant near Boardman, majority-owned by Portland General Electric, is scheduled to stop burning coal at the end of 2020.

PGE is exploring alternative, low-emission renewable fuels for the plant as part its strategy to rely increasingly on energy efficiency, demand response — voluntary reductions in customer electricity use during periods of high demand and limited power availability — and renewable energy including hydropower to serve its 848,000 customers. With the approval of the Oregon Public Utilities Commission, the Boardman plant could convert to burn only biomass fuel.

The challenge to burn a biomass fuel in a power plant designed to burn pulverized coal is that the new fuel must look and burn like the fuel it is replacing.

“You have to make the biomass conform to the way we burn coal at Boardman,” Wayne Lei, who is in charge of research and development at PGE, told the Council in October. “You have to make it crispy so you can pound it into a really fine powder — like pulverized coal. We have to ensure it will grind well, burn well, and that the ash performance will be similar to coal.” 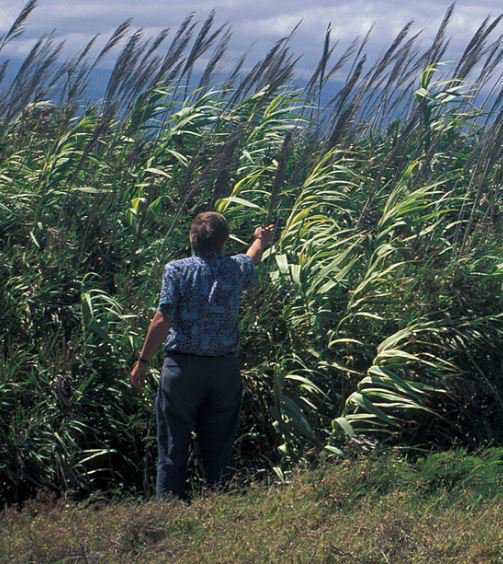 Arundo donax, giant cane, requires about as much water to grow as corn.

Biomass can be defined as any organic matter that is used as a fuel, from dried grass to wood waste. The process of making it crispy and grindable — much like roasting and grinding coffee beans, Lei said — is called torrefication. Working with its partner, Oregon Torrefication, PGE has tested more than 30 varieties of plants and wood, from corn stalks and wheat straw to fir chips and mint, and also invasive species including English ivy, Himalayan blackberry vines, and Russian Olive wood. “This might be a very good way to get rid of invasive species in the future,” Lei said.

Of them all, though giant cane, arundo donax, has shown the greatest promise. It has a high cellulous content — the part of the plant that remains after torrefication — compresses well into charcoal-like lumps, grinds well, and burns almost precisely like the Wyoming coal the Boardman plant uses now.

Most likely, if PGE gets regulatory approval to go ahead, the plant would burn a combination of torrefied arundo donax and wood waste. PGE is working with Sustainable Northwest, the Blue Mountains Forest Partners collaborative, and other partners in eastern Oregon to develop a source of wood for fuelstock. PGE also plans to work with local landowners to grow the giant cane.

The next step is to conduct a multiple-day test burn at the Boardman plant in December and monitor air emissions and fuel performance. Converting to plant-based, torrefied renewable fuels could require additional pollution controls at the plant for particulate matter and nitrogen oxides, Lei said.