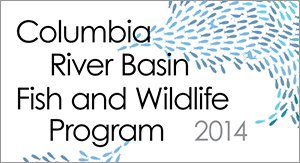 A panel of independent scientists says the Northwest Power and Conservation Council’s Columbia River Basin Fish and Wildlife Program has “many strengths” and that most sections “… provide sound scientific guidance for actions to mitigate for hydrosystem impacts and move toward recovery of fish and wildlife resources in the Columbia River Basin.” The Program directs more than $250 million annually ($254.7 million in Fiscal Year 2017) to mitigate the impacts of hydropower dams on fish and wildlife in the basin.

In its review of the Program, the ISAB cited a number of strengths, including mainstem hydrosystem passage research (“most of this work is very thorough and well done”); protected areas, which protect some 44,000 miles of rivers and streams from hydropower development; the stronghold habitat strategy, which protects native, wild, and natural-origin fish; the strategy for anadromous fish mitigation in blocked areas (“... the first steps toward reestablishing salmon and steelhead in one-third of their original habitat”); and life cycle modeling of specific fish populations (“…key to evaluating many proposed changes in the system”).

The ISAB also noted several weaknesses in the Program, including that the majority of Program goals need corresponding objectives; key Program strategies lack monitoring or evaluation plans or funding; and the Program provides limited guidance on the use of adaptive management. The ISAB also noted that while the Program supports cost-effective actions, the Council has not undertaken a cost-effectiveness analysis “to rank and prioritize projects ... [to] choose actions that have the greatest expected benefit per dollar and the highest likelihood for generating those benefits in the shortest period.”

The report says there are “approaches available to improve strengths and address weaknesses,” and added “the ISAB recognizes that the Program is a living document, one that is evolving to incorporate new information and to meet ever changing conditions in the Basin.”