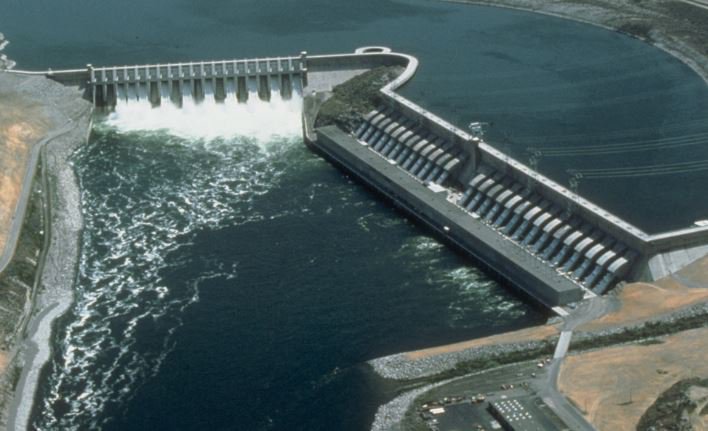 A paper by the staff of the Northwest Power and Conservation Council explores the various ways that salmon and steelhead – juveniles and adults – are moved past high dams that block fish passage. The paper highlights successful fish passage at dams in the Northwest and elsewhere.

A presentation about the paper from the Council’s November 2016 meeting, and the final version of the paper, which reflects public comments received during a comment period last fall, are posted on the Council’s website.

The paper, written by Laura Robinson of the Council’s Fish and Wildlife Division and fisheries consultant Jim Ruff, a hydrologist and former Council employee, supports a strategy in the Council’s 2014 Columbia River Basin Fish and Wildlife Program. The strategy addresses mitigation of the impacts of hydropower dams on anadromous fish in areas where dams block passage to historic habitat. Anadromous fish – salmon and steelhead, for example -- are born in freshwater, spend most of their lives in the ocean, and return to freshwater to reproduce.

The first phase of the three-phase strategy calls for studies and evaluations about what is known generally about fish passage at high dams and specifically about the quality of the habitat in the Columbia River and its tributaries above Chief Joseph and Grand Coulee dams. Neither dam was built with fish-passage facilities. An evaluation of potential anadromous fish habitat upstream of those dams is being conducted for the Council by the Spokane Tribe of Indians and is scheduled for completion by the end of 2017. A decision about whether to implement the second phase of the strategy, which would involve a more detailed analysis and potentially introductions of fish to test their response to habitat, will be informed by the staff paper and the Spokane Tribe’s habitat analysis.

The staff paper evaluates information from existing passage studies at Chief Joseph and Grand Coulee, and at other fish-blocking dams where passage has been studied or completed. Included in the evaluation are dams in Washington and Oregon, on the border of Oregon and Idaho, and in California and Pennsylvania. In order to better understand each location, the paper is organized around case studies that summarize information gleaned from design documents, annual reports, and from personal communications with staff of the dam operators.

The paper explores six themes that could apply in planning and providing fish passage at high-head dams in the Columbia River Basin, including Chief Joseph and Grand Coulee:

The paper addresses high-head dam passage for both adult and juvenile fish and recommends that fishery managers working on and studying passage should consider the following: 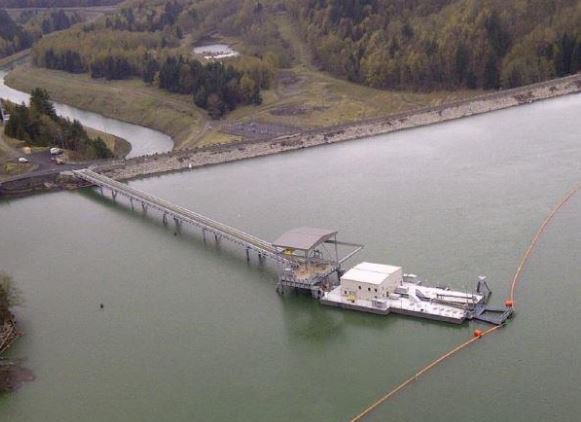 Juvenile fish collector at Swift Dam on the Lewis River in Washington, a high-head dam that was built without fish passage.