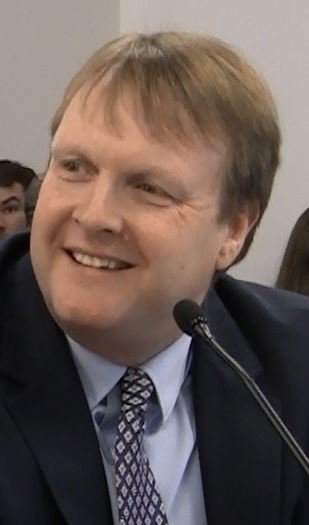 The current realities of the West Coast electricity system – cheap natural gas, an abundance of renewable power, low prices – will challenge the Bonneville Power Administration in the future, perhaps as never before, the agency’s administrator, Elliott Mainzer, said in an appearance before the Northwest Power and Conservation Council this week in Portland (video here).

The proliferation of surplus renewable energy, particularly solar power from California, has pushed West Coast wholesale market prices down, often to below the cost of power from Bonneville and many other power wholesalers in the Northwest.

“We’ve taken huge hits in the secondary revenues market just like every other hydro provider up here, with cheap gas, low load growth, and the oversupply conditions,” Mainzer said. “It’s been a bloodbath for folks in the wholesale market.”

He said he is “not in a panic mode,” but he is in a “very, very significant ‘sense-of-urgency’ mode.” The risks facing Bonneville are real, he said, adding “I feel that even though we’ve got 10 years left on our power sales contracts, that the time for action, and I think real action, is now.”

Bonneville is the largest electricity wholesaler in the Northwest, selling the output of 31 federal dams and one non-federal nuclear plant to more than 140 utility customers. An important part of Bonneville’s annual revenue stream comes from selling surplus hydropower when demand in the Northwest is low and the supply is high, particularly during the spring runoff and mainly to customers in California and the Southwest.

Meanwhile, cutting costs to improve the agency’s competitiveness is difficult for Bonneville, as it carries a lot of debt to the federal Treasury, including the ongoing costs of three nuclear power plants, only one of which was completed, and also has a number of must-fund priorities, including the region’s robust energy efficiency programs and a program to mitigate the impacts of Columbia River Basin dams on fish and wildlife.

As someone who enjoys history, and particularly the history of the Northwest energy system, he said one of his favorite sayings is Mark Twain’s ‘history doesn’t repeat itself, but it often rhymes.’ In that regard, the current situation in the energy industry is both reminiscent of the difficulties of past eras, and completely new.

“I do think that some of the forces we’re dealing with right now, particularly the proliferation of cheap natural gas and all the renewables coming online, relatively slow load growth, the huge market transformation that’s going on the West; it seems these trends are little more enduring,” Mainzer said.

He said the “bedrock axioms of our reality” at Bonneville, captured in its vision statement, are that the agency is an engine of the region’s economic prosperity and environmental sustainability. As a corollary to that, he said the agency is able to deliver its public responsibilities like a commercially successful business.

“But when you look at what’s been going on in the last few years, with the pressure on our revenue stream, pressure on our cost structure, pressures in the industry that collapsed wholesale electricity prices, I think the commercial pressures on Bonneville have become much more significant than we’ve experienced in the past.”

This thinking imbues the agency’s recently adopted five-year strategic plan, which Mainzer stressed will direct “measurable actions that I think are necessary for Bonneville to take on in order to preserve its role in the region, and achieve commercial success.” He said the four broad goals of the plan are to strengthen financial health; modernize assets and system operations to leverage and enable industry change; provide competitive power prices and services; and meet transmission customer needs efficiently and responsibly.

Mainzer walked the Council through the plan, stopping from time to time to discuss points important to the Council, including:

Fish and wildlife: It will be important to prioritize fish and wildlife investments based on biological effectiveness and to manage the costs of Bonneville’s fish and wildlife program to remain at or below the rate of inflation, including new obligations. “This is probably one of the toughest patches I find myself in – very important, very controversial. But I really honestly believe that we are facing a point where Bonneville does not have the capacity to just absorb higher and higher aggregate fish and wildlife costs,” he said. He said Bonneville’s fish and wildlife investments “are very valuable,” and “central when we talk about environmental sustainability” adding, “I think we have an obligation not only legally but morally to continue to work to support fish and wildlife restoration in this region. It’s a lot of dollars, but we think of it in terms of kind of a biological investment portfolio and we’re trying to maximize that value while working within some constraints, which means that if we are going to take on something new, well, what should come off the list? What’s of less value? Or, what can we no longer afford?”

Columbia River Treaty: “This has been far and away the slowest moving initiative in my time as administrator,” Mainzer said. "We were getting some really good momentum; now, we don’t have the next meeting on the calendar.” He said he hopes for an “economic rebalancing of the treaty.” He also hopes to “actually sort out the long-term flood-risk management protocols, and really try to find some room for some flow augmentation, and be able to capture the things we’ve been doing on the ecosystem side” of the power system operations. “So we remain committed to the regional recommendation, and I’m hoping we will be getting some traction, but it’s been moving very slowly.”

Climate and carbon: Mainzer said that Bonneville, as a federal agency, does not take positions on state legislation, but “we are watching very carefully what is happening with clean energy legislation in the Northwest.” Bonneville has “clean dispatchable resources that can play a major role in helping this region meet its carbon goals,” he said. “We support rational clean energy policy that has a place for existing resources.”

Energy imbalance market: Some of the largest utilities in the West have joined an energy market managed by the California Independent System Operator (CAISO) to provide electricity for short periods of time to help keep the power system balanced between supply and demand as the output of solar and wind power varies through the day. Bonneville has considered joining the market, but so far has not. “After sitting on the sidelines for several years … we have developed an affirmative business case,” Mainzer said. He said he anticipates talking with the CAISO and “discussing what the terms of entry might look like for BPA, and then deciding whether joining the Western EIM is actually the right thing to do.” He said Bonneville “has always been a major player in the western energy markets, and watching other utilities get into that market I think it’s important we make a decision one way or the other. We don’t see any fundamental red flags to our participation.”

Cost management: Mainzer said Bonneville has “heard very loud and clear” from its customers that the agency needs to “focus first and foremost on cost management.” He said, “the reality is that we signed [the current power sales contracts] back in 2008 for 20 years, and Bonneville’s rates have gone up 30 percent since 2008. We’ve got to get ourselves off this unstainable rate trajectory.”While he said Bonneville does not intend to renegotiate the 20-year power-sales contracts it completed in 2008, he also noted that Bonneville’s power currently is close to $10 over the average wholesale market price, adding “if that spread opens up more I think we’re going to look at some significant problems” keeping customers, who will be free to buy power from other suppliers after 2028. Bonneville has conducted extensive analyses of gas prices, power prices, customer needs, and other factors, and “one of the key conclusions coming out of that analysis is that we do not have the ability to continue to grow Bonneville’s aggregate cost structure in real terms if we are going to maintain our competitiveness.”