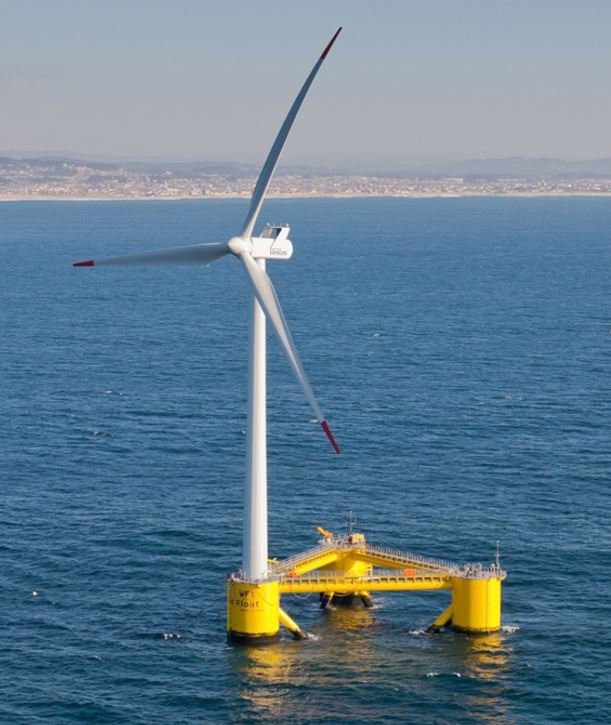 The constant motion of the world’s oceans and the winds above them constitute an energy resource of immense potential. Capturing that energy to make electricity is the focus of intense research in the United States, Europe, and Japan, experts told the Council at a meeting this month in Corvallis, Oregon, home of one of the premier ocean wave energy research facilities in the world.

“The Pacific Northwest is the epicenter of marine energy development,” Jason Busch of the Pacific Ocean Energy Trust said. “There has been significant progress toward commercialization of the technology; in about five years you will see the first commercial-scale generator in the water.”

Many generator designs are being tested, he said. All make power as waves rise and fall, but the mechanisms differ. Meanwhile, ocean wind turbines look like those on land, but some are anchored to the ocean floor and others float in areas where the floor is too deep. Wind turbines located off the Northwest coast would have to float, he said, as the near-shore floor is deep. 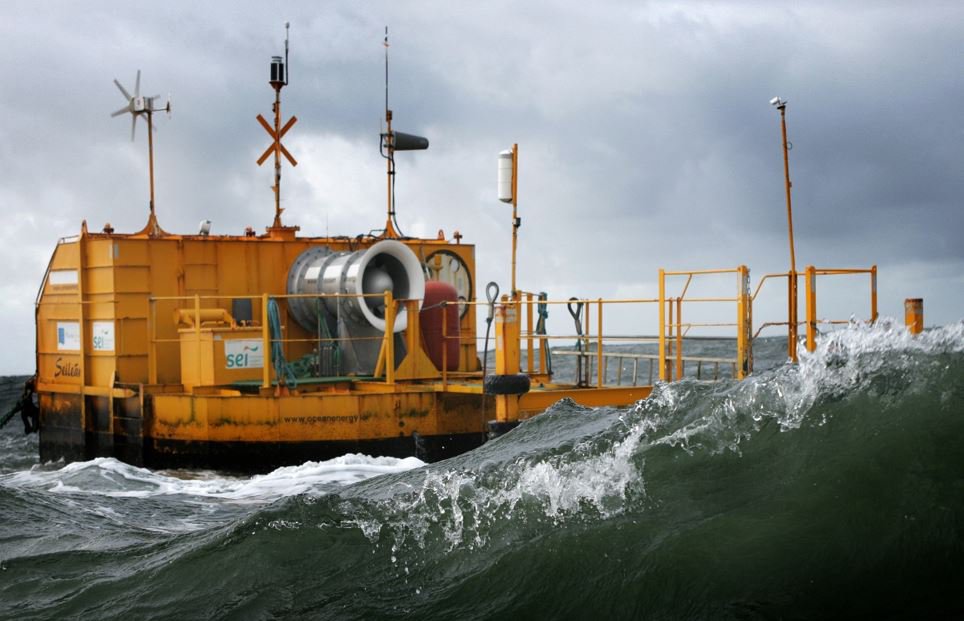 In this design, a wave enters an open chamber under the structure, forcing air upward. The force of the air turns a turbine, generating electricity. The retreating wave creates a vacuum, which keeps the turbine spinning in the same direction, generating power continuously. Photo: Ocean Energy USA.

Research and design support for Pacific coast ocean power plants takes place at the Northwest National Marine Renewable Energy Center at Oregon State University in Corvallis. The Center operates test sites off the coast of Newport, Oregon, and in Alaska, Puget Sound, and Lake Washington. In 2016 the Center received a grant of up to $40 million from the federal Department of Energy to build the second of its two test facilities off Newport, which should be operational by 2020. Congress appropriated $30 million of the total.

“This will be an asset that will attract companies to this area to build and test their designs that will make the first commercial-scale technologies viable,” Busch said.

Ted Brekken, an associate professor of electrical and computer engineering at OSU, said two important questions for research are how to lay out an array of floating generators that takes maximum advantage of ocean waves, and how best to account for “output pulses” – making power when a wave passes but not when the wave has passed. Another research issue is how to reliably connect ocean wave and wind generators to the power grid on land.

On the West Coast, Brekken  said, ocean wave energy systems could improve the capacity of the regional power grid, provide carbon-free power when solar power and terrestrial wind plants power down, and improve the resilience of the power supply in the event of an emergency. “If there is an earthquake, these systems are pretty much impervious to damage,” he said.

Meanwhile, wind energy companies increasingly are deploying offshore generators as they learn to deal with the dynamic interactions of wind and waves – in short, keeping floating windmills upright. Kevin Bannister of Principle Power, a California-based company developing ocean wind generators off the coasts of Portugal and France, said ocean wind already is spinning turbines closer to home. Ocean wind energy plants are planned or are under construction off Maine, California, and Hawaii. Others are being built off Taiwan, Japan, and northwestern Africa.

Some issues regarding floating power generators have yet to be resolved, and they loom large – for example, the potential impacts to marine mammals such as whales and to pelagic birds such as several species of Albatross, which are protected by international agreements. There also could be conflicts with ocean fishing fleets.

Nonetheless, power from the ocean may be the next big thing in the energy world. “This is an industry that has arrived,” Bannister said. “There is a lot of optimism in the industry today.”