PORTLAND, Oregon — According to a new regional power plan adopted today by the Northwest Power and Conservation Council, 85 percent of the new demand for electricity over the next 20 years in the Northwest can be met by using energy more efficiently.

Investments in energy-efficient equipment and products will cost less than half as much as buying electricity from new power plants, saving consumers millions of dollars. Additionally, investments in energy efficiency will reduce greenhouse gas emissions from the region’s power supply by 17 million tons per year by 2030 and create as many as 47,000 new jobs in the Northwest according to calculations by the Council staff.

“With its emphasis on energy efficiency, the plan enhances the benefits we already enjoy in the Northwest from our extensive hydropower system, which is low-cost and carbon-free,” Council Chair Bruce Measure said.
Energy efficiency and carbon-emissions control are at the heart of the Sixth Northwest Power Plan, a regional energy blueprint developed by the Northwest Power and Conservation Council that guides the region’s largest electricity supplier, the federal Bonneville Power Administration. Under federal law, the Council revises the 20-year plan every five years. Today the Council approved the latest, sixth, revision of the plan following more than two years of work that included extensive public participation and comment. While Bonneville implements the plan, the plan also serves as a reference document for the region’s electric utilities in their own planning.

The plan recommends that in addition to energy efficiency, future demand for power be met with renewable energy — mainly wind — plus new natural gas-fired turbines in areas where demand grows rapidly and utilities need new generating plants in addition to renewable power and efficiency improvements. Natural gas is preferred because it produces fewer greenhouse-gas emissions than coal. The plan anticipates no new coal-fired power plants over the 20-year planning horizon.

The plan addresses future risks, uncertainties, and growth with strategies and an action plan that minimize the expected cost of the regional power system over the next 20 years and ensure that the power supply remains affordable and reliable. Importantly, the plan assesses the risks and costs associated with carbon emissions from the regional power supply.

According to the plan, three things must happen in order to meet existing regional and state carbon-reduction targets for the year 2030:

Energy efficiency in the plan is responsible for reducing carbon emissions from regional generating plants by a total of 17 million tons per year by 2030. Failure to achieve the efficiency improvements in the plan will increase both the cost and risk of the power system.

Achieving all of the new efficiency could produce as many as 47,000 new jobs in the Northwest by 2030, according to calculations by the Council’s staff. Investment in energy efficiency creates jobs, both through direct installation of efficiency measures and indirectly over time through lower energy bills. The Council’s staff estimates that, on average, the annual investment in energy efficiency envisioned in the power plan will create about 3,500 new jobs per year in the energy and energy-services industries. With sustained investment in conservation over the next 20 years, the region can expect an additional net increase of 43,500 jobs throughout the economy due to the ongoing increased savings in energy bills. 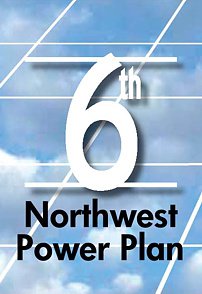