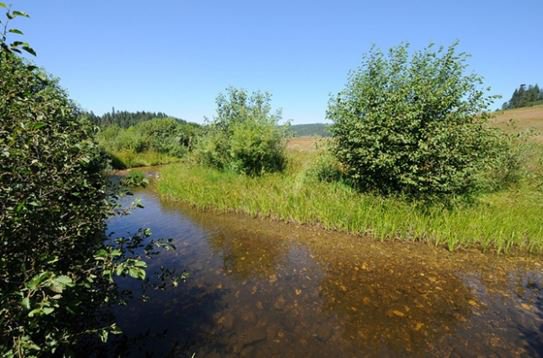 The new program comes on the heels of a truly historic year for salmon. This year more salmon were counted at Bonneville Dam as they returned from the ocean than any year since 1938 when counting began. 2014 saw a record return of sockeye, a near-record fall Chinook run, and an impressive and building coho run.

“The great salmon returns of 2014, which continue a trend going back more than a decade, suggest that the extraordinary is becoming the ordinary,” Council Chair Bill Bradbury said. “Our fish and wildlife program supports the restoration of ecosystems and wild fish by addressing a broad spectrum of the fish and wildlife life cycle including habitat, hatcheries, river flows, dam passage, invasive species, and climate change impacts.”

Through the program, the Council works to restore healthy ecosystems and healthy populations of wild fish — including those that go to the ocean, like salmon, and those that don’t, like bull trout — throughout the entire Columbia River Basin. This work involves connecting areas of good habitat, removing fish-passage barriers, and improving water quality by reducing toxic substances. Much of the work designed to boost wild fish also helps wildlife in the same ecosystems.

The program also supports using hatchery programs as tools to help rebuild fish populations that spawn in the wild. The program integrates hatcheries with habitat improvements, and works with fish and wildlife agencies and Indian tribes to define the scope and purposes of fish propagation, as well as appropriate management techniques consistent with current and evolving scientific principles.

By law, the Council revises the fish and wildlife program at least every five years. The process began more than a year ago and involved more than 400 recommendations, extensive public comments, and public hearings in all four Northwest states.

The Council’s program is the biggest of its kind in the nation, directing more than $250 million a year to mitigate the impacts of hydropower dams in the Columbia River Basin — our region’s primary source of electricity — on fish and wildlife. The program is authorized by the Northwest Power Act of 1980, the federal law that also authorized the four Northwest states to create the Council. The program is funded by the Bonneville Power Administration.

Earlier this spring, the Yakama Nation contracted professional falconers to work with their fisheries staff to successfully delay the nesting of the Miller Rocks gull colony by several weeks.

Pacific lamprey—like salmon—are a significant fish for Northwest. At its May meeting, the Council was briefed on the region’s efforts support this distinctive species

From Flatline to Abundance

Extinction, it turns out, is not forever, at least when the species in question is interior Columbia River Basin coho salmon