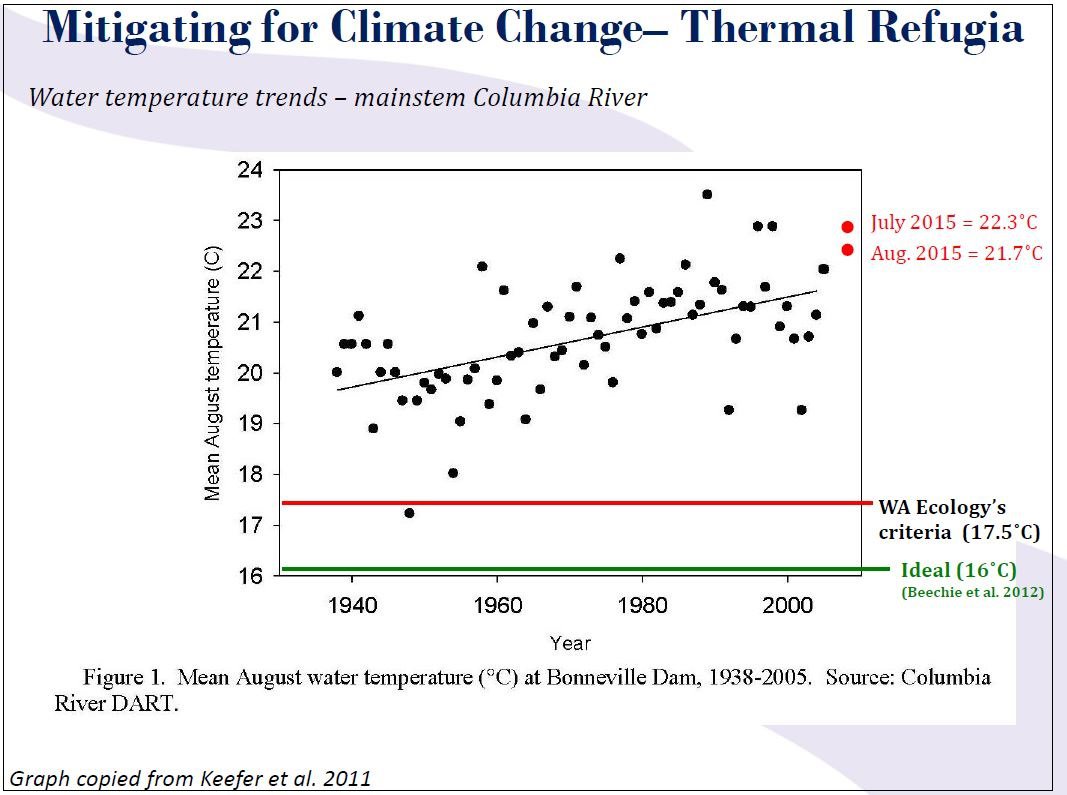 As the climate warms and polar ice continues to melt, sea levels will rise and estuary shorelines, including those along the lower Columbia River, will be inundated. Whether that’s a little or a lot is a matter of speculation, of course, but right now is a good time to start thinking about what the lower river will look like in, say, 50 to 100 years and how people, fish, wildlife, and communities will adapt.

The Council is taking up that issue in its 2014 Columbia River Basin Fish and Wildlife Program, which includes as one of its “emerging program priorities” a directive to account for the potential impacts of climate change on projects that implement the program. The estuary is an obvious place where the effects of rising sea levels will be evident, and that also is an area where the program is implemented in projects that protect and improve shoreline habitat for migrating juvenile salmon and steelhead. Over time, the very places that are being improved today for fish could be underwater, perhaps permanently, before the end of the century.

What then? What should be done now to be ready for the future?

At its October meeting, the Council heard from Catherine Corbett, chief scientist at the Lower Columbia Estuary Partnership (LCEP) about the issue. Corbett and LCEP have been thinking a lot about the lower Columbia and climate change.

Corbett said research by LCEP and others points to some clear conclusions and recommendations, including:

Corbett’s presentation to the Council and a Council staff memo can be viewed here.